Another 13 crew from the quarantined fishing vessel Viking Bay have tested positive to Covid-19, the Ministry of Health says. 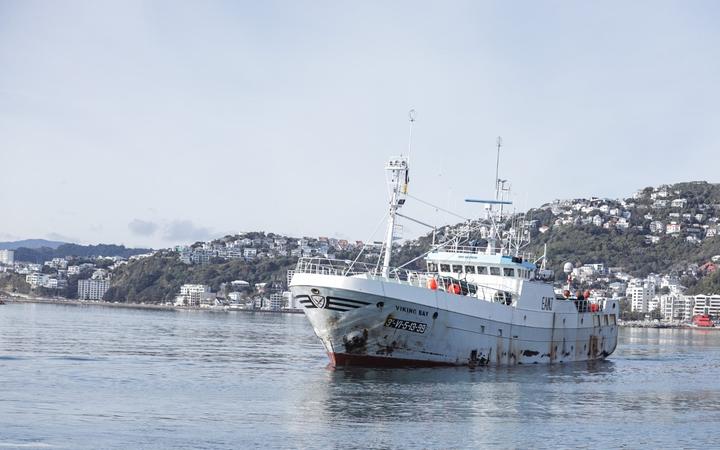 Two crew had previously been reported as confirmed with the virus.

All 15 mariners have been transferred to an a quarantine facility onshore in Wellington.

Five remained on board to maintain the safety of the vessel and have returned negative test results so far. The ministry said they would be tested again in coming days.

Of the crew who had now returned a positive result, 12 were regarded as being in the early stages of their infection. One returned a result indicating either a very early infection or a historical infection.

The initial two mariners to test positive were in a group of nine who arrived in Auckland on 5 July without having to quarantine. They had provided negative Covid-19 tests before they flew into Auckland and had been driven to New Plymouth as part of the ship's crew change.

One of the crew was confirmed last week to have the Delta variant. No link had been shown between this case and any other cases previously identified in New Zealand, the ministry said.

Genome sequencing of the 13 positive test results will begin today.

Slightly over half of the crew had been at sea since February.

The Viking Bay was anchored off the coast of Taranaki for almost a week after being denied permission to dock in New Plymouth, and into Wellington on Monday.

The ministry said plans are in case any of the five crew members remaining on the Viking Bay developed symptoms or be confirmed with Covid-19.

Bringing the ship back into port and transferring the crew to an onshore quarantine facility allowed the public health risks to be managed appropriately, and the crew to be kept in isolation until they had completed their 14 days isolation and recovered, the ministry said in a statement.