The agent of the ship carrying two Covid-infected fishermen off the coast of Taranaki thinks there is only a low chance of community transmission. 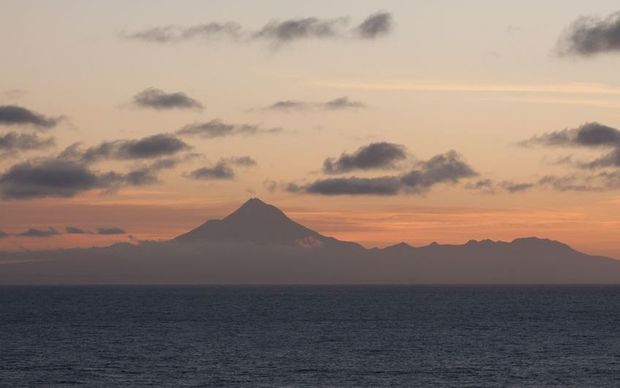 All had provided negative pre-departure tests, but two returned positive results from swabs taken at at an airport testing site straight after they landed.

The mariners are isolating on the ship which is in international waters off the coast of Taranaki. The other seven have since returned negative Covid-19 tests.

The Ministry of Health regards the public health risk as low and said the mariners were not in any public places during their journey. They arrived, were taken by "the national service provider" in a minibus to a testing site in Auckland, and then to the vessel. They stopped to use the toilets at a Hamilton isolation facility on the way to New Zealand.

It has identified three contacts who are isolating, one of whom is a Port Taranaki worker who is fully vaccinated.

The ship's agent, Bill Preston, said the workers were transported by an approved company and everyone in transit was wearing PPE.

Protocols were followed including a transport plan submitted before the workers were moved, he said. The workers were replacing the crew members who had already disembarked the ship.

Maritime Workers Union national secretary Craig Harrison said it would have been better if the vessel had waited in Auckland to do the crew change, which would have limited the travel time.

Harrison said the transit arrangements followed maritime border requirements which allowed transport within a five-hour radius of Auckland and Christchurch, but he would like to know whether the transport plan covered the driver's return trip.

"It's a fair old drive from Auckland to New Plymouth when you think about it. If the driver's coming back from New Plymouth, if it's down and back in one day, he must be refuelling somewhere."

"They are doing the right thing in changing the crew, because some of those crews have been stuck on ships for over a year, so it's a humanitarian issue as well.

"I just couldn't understand why, given where we are for instance with what's going on in Australia and Fiji, you'd think you'd be risk averse and you would have thought the best place to do the crew change was the closest [to the] arrival destination."

Harrison doubted there would be enough room on the vessel for other members of the crew to fully isolate.

"It seems like these mariners have only had contact with two workers at the port and the driver and they've been wearing masks for that period of time. Of course those contacts should have been vaccinated as well, as part of the border workforce."

He said a five-hour drive obviously created a bit more risk than a shorter trip, but was still very low risk overall.

Plank said it would make sense to constantly review protocols in light of the more transmissible Delta variant.

"We know a lot more now about how the virus can spread through the air, via aerosols, so being two metres apart is not a guarantee that it won't be able to spread - so looking at things like that makes sense."

On the question of calls to bring more people into the country to fill labour shortages, Plank said expanding the number of people coming in was "still tricky" because of New Zealand's low vaccination rate.

"It's a different situation with these mariners because they're being transferred straight on to an international vessel. That's a very specific situation so I don't think you can really use that as a precedent for expanding out other types of essential worker or labour market that would be coming into New Zealand.

"That would certainly pose a risk if they weren't going into quarantine."