Welfare advocates are criticising the hurdles and traumatising questions women are facing to be refunded thousands of dollars wrongly taken from their benefit.

Menendez-March is particularly unhappy woman often have to talk about the moment of their child's conception with a case worker as part of their review. Photo: Supplied

In April last year, the government scrapped the sanction that docked $28 a week from sole parents - mostly women - that didn't name the other parent.

Exemptions to the now-scrapped sanctions included family violence concerns, the pregnancy being the result of sexual violation and insufficient evidence to establish who the other parent is.

However, parents were not always informed about this or given an opportunity to apply.

"We have now got potentially thousands of people who have been wrongfully sanctioned and in theory could be received a back payment, but are forced to go through a lengthy punitive and often re-traumatising appeal process in order to get back payment," he said.

Menéndez-March was particularly unhappy that woman often having to talk about the moment of their child's conception with a case worker as part of their review.

"So imagine somebody who is a survivor of domestic violence or culturally talking about their sex lives is a really taboo issue, that in itself already creates a barrier for people to go to a Work and Income office and talk in an open space about the moment of conception," he said.

Pao Stanley said in cases where domestic violence is involved, the father's name was withheld for safety reasons.

"Making women go through that again is often traumatic and just unnecessary," she said.

But the Minister of Social Development Carmel Sepuloni defended the questioning. 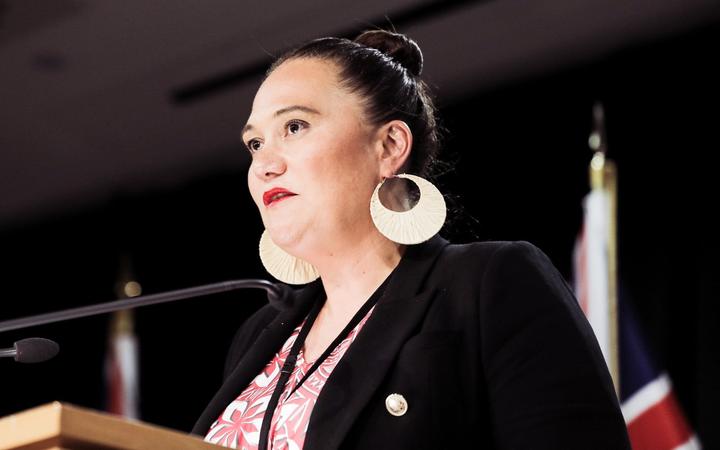 "Those conversations, my understanding is they are had very sensitively, but in order to review peoples cases and see whether or not it [the sanction] was inaccurately imposed, they do need to have those conversations," she said.

Last week Checkpoint told the story of woman who didn't name her child's father for safety reasons and has been waiting since February last year to have her case reviewed.

Sepuloni acknowledged that took too long, but says tracking everyone down who may be entitled to a refund is a big job.

"That has taken quite some time because there are thousands of people, but they are almost through that particular group," she said.

But Brooke Pao Stanley said a lot of women still don't know they entitled to a refund.

"I know the story that RNZ ran last week we shared it on our social media pages and we had a lot of women get in contact with us to say they weren't aware they were entitled to is and asked if we could support them through the process," she said.

Brooke Pao Stanley from Auckland Action Against Poverty says the refunds can make a massive difference to families' lives.

"Some woman called and said we need a car or this would really help with a bond for accommodation, this would help with the kids, being able to provide them with really basic things," she said.

"Families in this space often they don't get to treat their kids to birthday presents, things we often take for granted."

She said MSD needed more resourcing to clear the backlog of those still waiting to have their cases reviewed.