All 10,000 tonnes of aluminium dross by-product stored in Mataura's old paper mill has been removed. 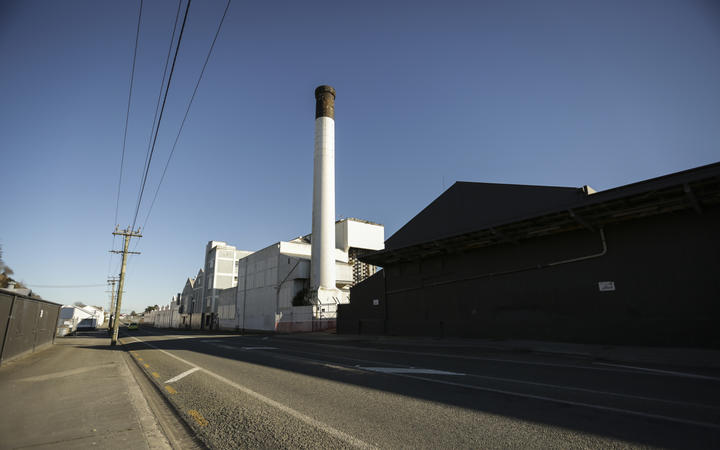 The waste - a by-product of aluminium production at the Tiwai Point smelter - releases deadly ammonia gas if it gets wet.

The Southland town's old paper mill site is situated next to the Mataura River.

The dross is a form of metal-rich scum off the top of aluminium processing pods, that is processed to remove the metal into a product that can then be converted into other materials, including ouvea premix which itself is a hazardous substance.

They are being stored in watertight shipping containers at the Tiwai Point smelter.

Parker welcomed the news saying it meant residents no longer needed to worry.

"Now that the Mataura site has been cleaned up, the focus will move to the removal of material from other known sites in Southland."

For Mataura local Laurel Turnbull, today's news has been years in the making.

"I don't have to worry about it anymore. I don't have to be contacting people to see where it's going or what it's doing. But it's a huge relief for everyone in Mataura and not just Mataura, further downstream in Wyndham and all the smaller towns where the river runs through," she said.

The dross from the Tiwai Point smelter had been stored in Mataura's disused paper mill for seven years.

Heightening local concerns was the location of the paper mill, which was next to the Mataura River.

Flooding in 2020 put residents on edge, with locals getting increasingly restless over the dross.

"It's been a huge battle and at times you just felt as though you were just banging your head against a brick wall because, you know, everybody would come up and say, 'oh yes, we've got a solution and then that would fall over'."

The Gore District Council said the dross was dumped at the paper mill in mid-2014 under the cover of darkness, by Taha Asia Pacific, without a resource consent.

In 2015, the company was granted a retrospective resource consent by independent commissioners, who ordered it to pay the council a two point three million dollar bond.

The consent would have lapsed in January 2018, but the company appealed the bond and went into liquidation in August 2016, with the matter still before the court and without paying a cent.

The news was welcomed by Gore mayor Tracy Hicks.

"Look, there was no real justification in the local communities having to pick up that tab, but really we wanted rid of it, so to have that burden relieved is great."

Mining company Rio Tinto has agreed to pay the $6 million clean up bill.