Rio Tinto is taking over $4 million of taxpayer and council costs for getting rid of tonnes of toxic waste from Tiwai Pt aluminium smelter.

That still leaves uncertainty around a $200m-plus clean-up of more toxic spent cell liner waste. The company has said it will remove it, but not where to.

However, a leading environmentalist has hailed it as a major shift towards the multinational taking responsibility for all waste at the sensitive site.

Environmental Defence Society (EDS) executive director Gary Taylor said it was good news for Tiwai Point and Invercargill that the dangerous material would be removed.

"We've got a complete turnaround," he said.

The smelter company will pay $4m to get rid of all aluminium dross and ouvea premix from Mataura and other sites around Southland, when previously those costs were being shared with the Crown and councils.

New Zealand Aluminium Smelters chief executive Stew Hamilton said in a statement to RNZ: "The material came from our operation and we will take responsibility for it, because it is the right thing to do".

Meeting the full costs was "in the best interests of the community," he said.

Environment Minister David Parker told Morning Report it appeared the company had felt the pressure of bad publicity, leading to a "welcome U-turn"

"They've got a new chief executive and a new head of their Australasian aluminium operation.

"They've reflected on the bad publicity they've been getting, and the inconsistency of their actions compared with what they say they will do as a company on their website, so they've reversed their position.

"We already had an agreement to remove that dross, it was just that the government had to pony up with money, which we should never have had to spend. They're now saying they'll refund the money we spent and pick up the bill themselves."

The company was less specific on the contaminated concrete liners from pits aluminium is smelted in, which were stacked at the Tiwai site, Parker said

It had said it would remove the old liners soon, but in a subsequent letter was a "little bit less specific".

"We want to see that started rather than left close to when this smelter closes."

The worry had been they would leave a shell company with no money, forcing the government to pick up the bill, he said. This latest announcement is a turning of the page and the government would "take them at their word", but would also want to lock down the details. 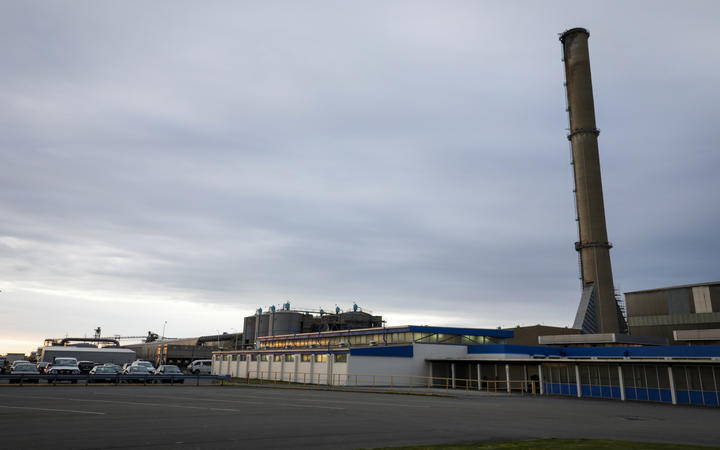 The undertakings were revealed to Taylor after Rio Tinto's global head of aluminium met with government ministers recently.

The call was "unexpected", Taylor said, describing the company as "obdurate" during legal action last year.

EDS won in court, forcing a restart to cleaning up the explosive premix on the banks of the Mataura River in February.

Ministers earlier suspended talks with the company, accusing it of not cooperating over plans to clean up when the smelter shuts in 2024.

Taylor called on the government to restart talks.

"The important thing is that we do now have goodwill."

Rio Tinto said it would not call on three Crown indemnities that currently exposed taxpayers to further costs around the dross and premix.

Its pledge not to call on the Crown indemnities may address a risk outlined in documents released under the OIA to RNZ.

These show officials last August worried the indemnities - dated 2003, 2004 and 2021 - raised the risk "the Crown could be considered responsible for the rest of the wastes on the site".

The Ministry for the Environment refused to provide details of the 2021 indemnity to RNZ. Council documents showed it covered losses NZAS could incur storing ouvea premix currently being shifted from Mataura to containers at Tiwai.

Worksafe said that removal had been fast-tracked and should be finished by next week.

It was satisfied the risks of moving it were being "appropriately managed in line with best practice".

Mataura residents told RNZ that vehicles moving the premix did not appear to have hazardous-substance signs on them.

The OIA documents showed Environment Minister David Parker was only advised in November 2020 "as a first step" to find out what his powers were to investigate the smelter site.

That was four months after NZAS said it would close the Tiwai Point.

In March this year, Parker said he was still virtually completely blind on the state of the smelter.

The OIA documents also showed the obstacles to trying to force Rio Tinto to do a full clean-up.

Officials had pored over Crown and council consents and agreements regarding the smelter since 1960, but they focused on tax breaks and tariff relief.

"We have been unable to locate a document that stipulates how, and to what standard, the site is to be restored once the plant closes," they told Parker.

"The purchase agreement for the site with the Crown, and the council consents for the construction... and for the discharges to land and water ... do not contain any specific requirements for, or standards to which, the site is to be restored."

NZAS has $290m identified for remediation, but officials balked when asked to put a number on the "specific financial risk".

If the owners "walk away" and no one else took over, "this liability may fall to the government".

The documents also raised the question of how fully the site should be restored. Officials told Parker it would not a great amount if it was on-sold to another factory operator.

Taylor had not really thought about it. "I just kind of assumed that clean was clean," he said.

"You would think that it would be to its pre-existing condition."