A long-running stoush over the last piece of land needed for Christchurch's new covered stadium is over. 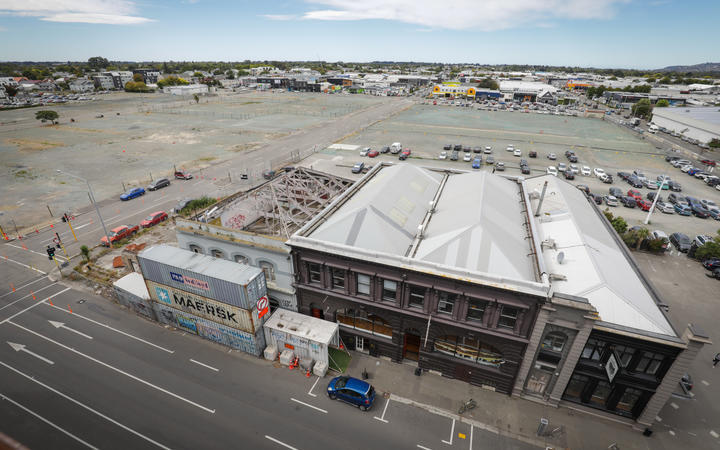 The agreement involves the NG building being moved to another location on the arena site. Photo: Nate McKinnon

The Crown says it has reached an agreement to buy the land on 212-214 Madras Street in the central city, which houses the 116-year-old NG building.

Land Information New Zealand (LINZ) said the agreement involved the NG building being moved to another location on the arena site, near the city's cardboard cathedral on Madras St.

The owners, Sharon Ng and Roland Logan, are responsible for the move and have been given one year to shift the building.

"A little bit of apprehension on my part because it's quite an undertaking, but I like taking on challenges and it's going to be quite some challenge," he said.

The sum paid by the Crown to acquire the land was confidential, Logan said.

"We're going to have to be very clever in how we go about doing this so we can achieve it, because there's not a lot of money involved in doing what we're going to do," he said.

Logan said it has been 10 years of uncertainty for him and his wife, Ng.

"It has not exactly been pleasant for my wife and I, or my tenants for that matter. It's a huge relief to be able to move on," he said.

"Leaving the NG building where it is wasn't an option because we were advised it would have greatly impeded the design and functionality of the arena," she said.

"We're pleased the people of Christchurch now have certainty around progress of this city asset that will provide so many great opportunities for Christchurch and Canterbury."

The council's manager capital delivery major facilities Alistair Pearson said: "The agreed new location of the building will mean design changes to the balance of precinct but won't affect the design of the CMUA building itself; the arena will be located towards the southern end of the site."

Work on deconstructing parts of the existing Madras Street site will start in about three to four weeks time.