Hundreds of people living along Wellington's south coast are waiting to see if massive waves hitting the area last night caused any damage. 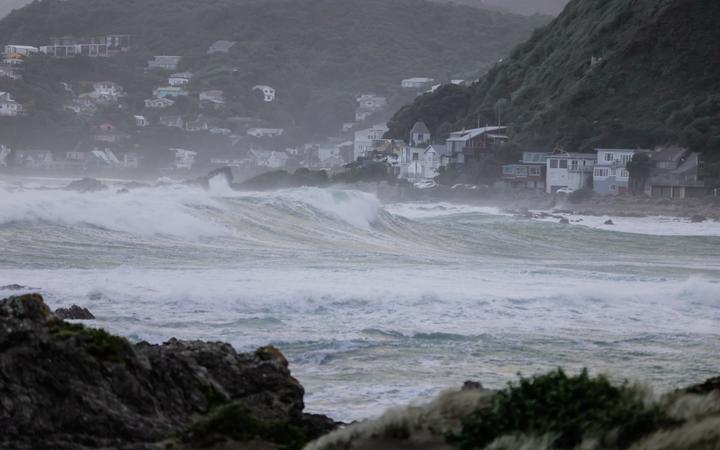 Wellington Mayor Andy Foster declared the state of emergency yesterday afternoon, ahead of high tide in the evening.

Swells of 6.5m were expected and people from around 70 houses at Breaker Bay were told to evacuate earlier yesterday evening.

Foster said the declaration was to allow for the evacuation of properties in Breaker Bay. All properties between numbers 53 and 194 Breaker Bay Rd were told to evacuate before 6pm.

Wellington Region Emergency Management Office regional manager Jeremy Holmes told Karyn Hay that the advice from MetService is that worst impacts of the will hit between midnight and 3am on Wednesday.

Some have refused to go and Civil Defence says although that is extremely disappointing they will not be sending in the police.

Holmes said a state of emergency was declared and people ordered to evacuate to reduce the risk of them being harmed, but also to prevent responders from being harmed by having to go in and rescue them overnight.

He said a number of people have expressed concern about their properties' security overnight. But Holmes said police have established checkpoints at both ends of the road and there will be a heavy police presence overnight to ensure properties are kept secure.

There is another high tide at about 9.20am on Wednesday, so the threat is expected to remain until after that and it is likely the area will not be opened up until about midday, Holmes said.

He said that will also give roading crews the chance to clean up some of the debris on the road and prevent sightseers.

Holmes said council staff and contractors are also watching other parts of the South Coast such as Lyall Bay, Ōwhiro Bay, Island Bay and Houghton Bay. He said they will advise if there's any innundation, clear debris and if necessary close roads.

Large amounts of debris including big rocks and wood are being washed up on the road right around the south coast.

James was one of the Breaker Bay residents who refused to leave.

"Just staying helping the community bag up some sandbags, chuck in front of the garage doors, what have you. I'll be staying to make sure the place is all right," James said earlier this evening.

"The general consensus is people aren't too concerned, well the people that I have spoken to at least - including myself."

At Ōwhiro Bay the road has been closed to all but residents.

Civil Defence says that is to stop sightseers and the houses are not in danger.

Foster said advice from MetService and Niwa was that swells of up to 6m high could present a significant risk to life and property if they overtop areas along the coast, as they did in April 2020 and in 2013.

Scientists modelling the weather said the homes along Breaker Bay Road could be hit with up to 1.5m of water. 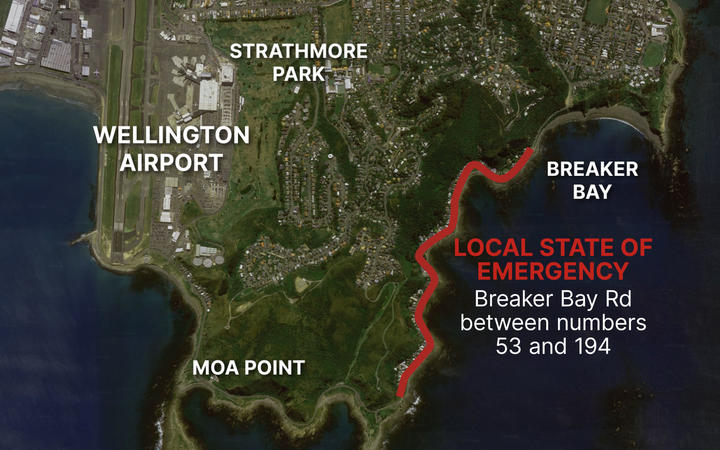 Foster also advised people living in other bays along the coast to have a grab bag ready and be prepared to evacuate if necessary.

There will be road blocks at the Wahine Memorial Park and the Pass of Branda - at the northern and southern entrances to Breaker Bay - after that time to prevent people entering the area.

The state of emergency - declared under the Civil Defence Emergency Management Act - will be lifted as soon as it no longer required, Wellington City Council said on Twitter.

"People who are evacuated are asked to stay with family and friends outside the evacuation zones in the first instance," the council said.

All Cook Strait ferry sailings for both the Interislander and Bluebridge were cancelled today, and Interislander confirmed tomorrows sailings would be as well.

The Cape Palliser Road in Wairarapa has been closed overnight as a precaution as it is often pounded by waves.

Near Wellington about 900 homes on Kāpiti Coast were without power earlier today.

Gisborne also got heavy swells along the coast and some snow on the hills around the city.

The swell was set to rise to 4.5m this afternoon south of the East Cape, easing to 3.5m by Thursday morning and 3m by Thursday night.

The cold snap brought snow to the Taranaki town of Stratford for the first time in a decade and mayor Neil Volzke said the last time he could remember snow settling in the town was in August 2011.

The polar blast brought hail, rain and snow to much of the country today closing roads and schools.

In the South Island, Otago and Southland had 5-15cm of snow settling in some areas.

Roads were closed throughout the region but this evening only State Highway 87 between Outram and Kyeburn remained shut.

Queenstown Airport remained open despite 20cm of snow falling on the tarmac overnight.

A slew of flights were cancelled or delayed at Queenstown, Invercargill and Dunedin airports.

Arrowtown was blanketed in snow this morning with schools in the Wakatipu Basin closed today after a heavy snowfall overnight. 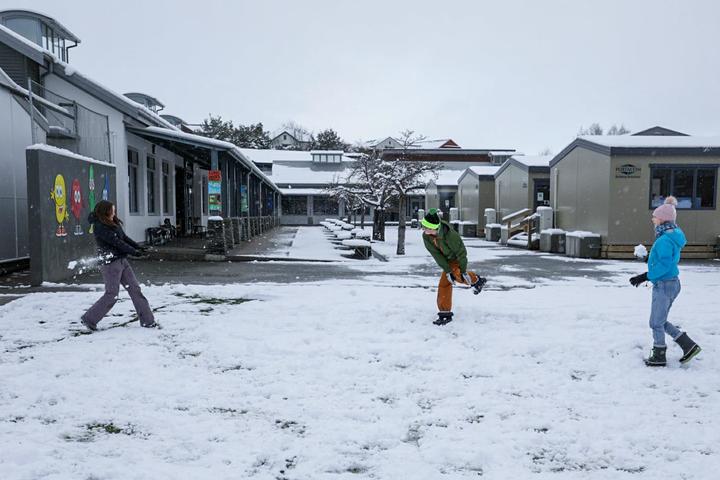