The first of the crucial day five test results are expected today, after Wellingtonians turned out in their thousands to be swabbed for Covid-19 yesterday. 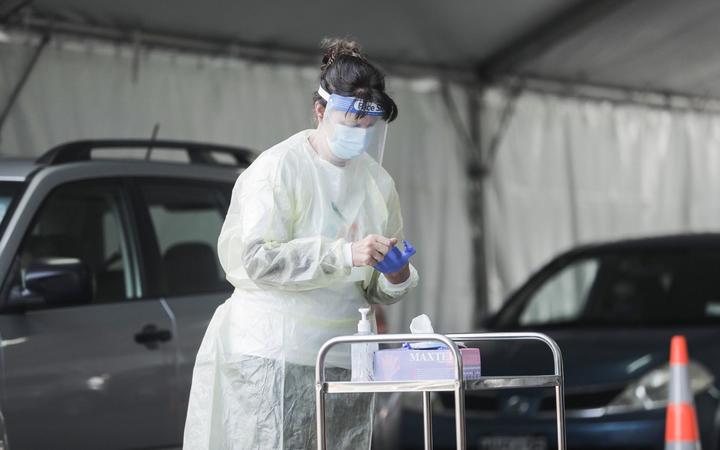 A Sydney man visited more than a dozen locations in the capital at the weekend before testing positive on Monday.

The Ministry of Health advised all contacts - people at same location as the man - to isolate and have a test five days after they were potentially exposed.

For thousands of people who were at Te Papa and two large bars on Saturday that was yesterday so some of those results are likely to be available today.

Day five was chosen because most infected people - but not all - have signs of the virus by then.

People who test negative were not out of the woods though, with those at higher risk told to keep isolating and get another test on day 12.

That was in contrast to the Sydney man who scanned in extensively.

Epidemiologists at the University of Otago have called for tracing to be mandatory in all high-risk settings as part of a number of measures they say will mean the country is less likely to need to go into lockdown.

Amanda Kvalsvig, Nick Wilson and Michael Baker said the use of the tracer app was so low it could not be used for meaningful direct contact tracing.

They want signing in to be compulsory for bars, cafes, restaurants, gyms, choirs and churches.

The trio was also calling for mandatory vaccination for a wider border workforce than currently, and for compulsory mask wearing in high risk settings.

And they were asking the ministry for more education on the common early symptoms of the highly infectious Delta variant.

A British study showed symptoms similar to the common cold - like a runny nose and headache - were the most prevalent early symptoms of the Delta strain.

The epidemiologist said more needed to be done to let doctors, nurses and the public know that what seems like a cold could be Covid-19.

Experts warn that the Delta variant still has the potential to become very serious and was killing people all over the world.