At least half of Auckland's waste comes from construction and demolition, and Auckland Council is piloting a new programme to get the building industry to lift its game. 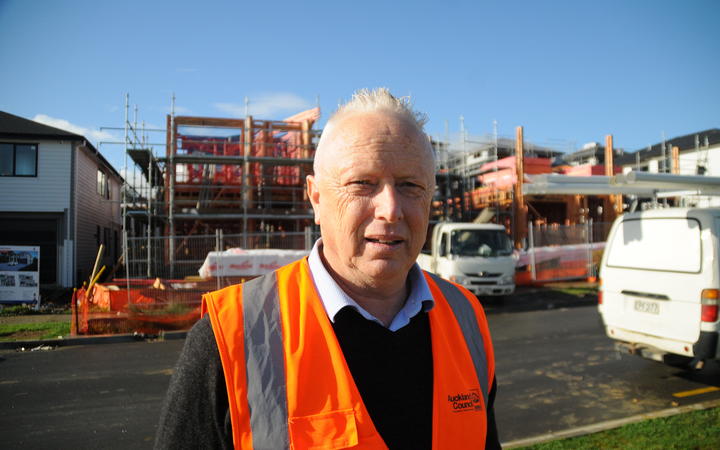 Auckland senior waste planning advisor Mark Roberts said it had been a problem for some time and at least 40 percent of the waste ended up in the city's landfills.

"The amount of building in Auckland has gone up remarkably in the last five to ten years and there are parts of the city that are growing really rapidly," Roberts said.

But with that growth came more construction and demolition waste. From the polystyrene used on sites for insulation and plasterboard left over by builders, to plastic wrap used for timber - it all added up to a massive mountain of waste.

The pilot project was started in Flat Bush in September last year and was being led by Wilkinson Environmental. The company's staff visit building sites on a daily basis to speak with people in the industry about what was expected and how to deal with construction waste.

It also notified the council of any illegal dumping.

In 2018/19 Auckland produced at least 568,935 tonnes of construction and demolition waste, the equivalent of 23,155 shipping containers. And last year Auckland Council picked up over 500 tonnes of illegal dumping in south Auckland alone.

Offenders who are caught are ordered to remove the rubbish and may be issued with a fine of up to $400. Serious offenders may also be prosecuted under the Litter Act 1979 with a maximum penalty of $30,000.

Wilkinson Environmental managing director Simon Wilkinson said the response from builders in the area so far had been mixed.

Staff tried to get people to do the right thing first. But if they ignored their advice they could escalate things and report them to the Auckland council enforcement team.

"The builders are under pressure and they have to knock up these houses fast and waste is a bit of an afterthought," he said. "So that's the challenge we have and it's time consuming." 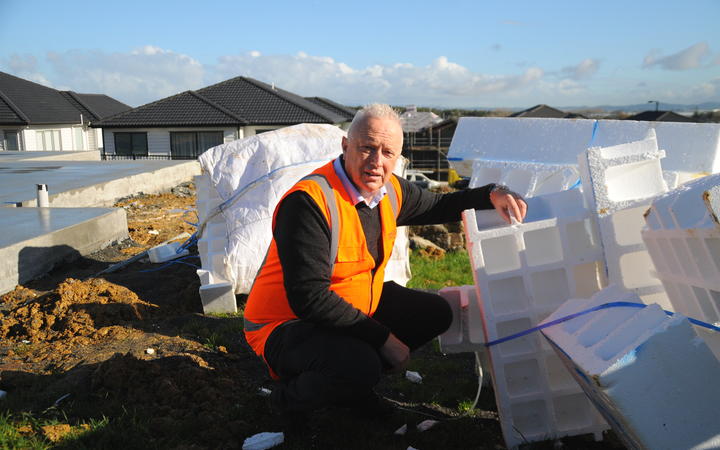 Auckland senior waste planning advisor Mark Roberts next to a pile of polystyrene insulation left on a vacant section in Flatbush. He said it could easily blow away in the wind and the beads could end up in the waterways. Photo: LDR / Stephen Forbes

Roberts said something as simple as having a skip onsite for waste was important.

"Because if they don't have a skip they will often just use a neighbouring section," he said.

The council would like to replicate the Wilkinson Environmental pilot in other areas around the city, he said.

Naylor Love general manager of construction Pete Lockhart and said people in the industry were becoming more aware of the problem.

Lockhart said the company tried to send any excess building materials it had to NGOs like Habitat for Humanity. While it had been working on recycling insulation as well.

"We now try to divert 70 per cent of our waste away from landfills," he said.

Lockhart said Naylor Love was currently trialling a scheme in Auckland with Mitre 10 where the timber was delivered to its sites using recyclable canvas covers instead of the usual plastic wrap.

"And we're now looking at rolling that out for the rest of the country."

He thought most builders were aware of the waste problem and were trying to address it.

"There are a lot of things happening in the industry, but it takes time to filter through to everyone."