A young woman who lost her father to suicide is calling for more transparency from the government on what is being done to tackle the country's high suicide rate. 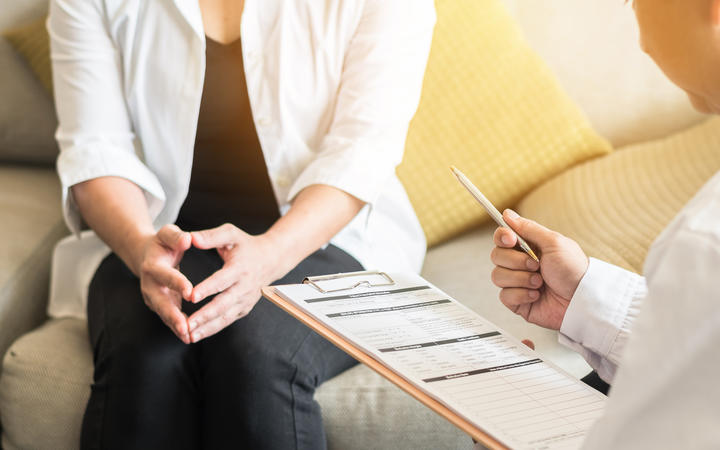 A woman is frustrated the country's suicide statistics are only available up until 2016. Photo: 123RF

However, she said finding information for her cause had been frustrating - something the Mental Health Foundation agreed needed to change.

"I became curious about the system and what was going wrong and so I've been trying acquire information for quite some time now and it seems pretty difficult," she said.

Her latest frustration is being unable to find a breakdown of mental health funding in this year's Budget.

Last month she decided to make an Official Information request to get the figures, but was warned of a lengthy wait by others who had gone through the same process.

"From some of the people I've been talking to it's been months of trying to acquire information and we don't have months, people are dying now, so we need information.

Another problem very personal to her was the fact the confirmed suicide statistics are only available online up until 2016.

"It's frustrating and also disappointing, because for families like mine their loved ones aren't even a statistic yet."

"You know it's a shame and something needs to change. I think the ministry's website is a bit of a labyrinth and you really have to be an IT ninja to find what you are actually looking for," he said.

Robinson said those concerns had been heard by the ministry and he believed it was working towards change, which was encouraging.

"To give the public confidence that progress is being made, given that it will take years to really get on top of the issues, we need to make sure really good, accessible information is available, because the problems are still there and if people can't find information they are going to think the worst - that nothing is happening."

He said it was not just a matter for the Health Ministry but all government agencies.

"They've heralded large funding announcements in Budget 2019, but clearly when people ask questions about how much funding is being spent, where it is being spent and what difference it's making no one can seem to get a clear answer.

"I think that's hugely concerning because we need to have trust and confidence in our public sector," he said.

In a statement, Health Minister Andrew Little said the government worked hard to provide information and data in a timely way.

Little said Grace's OIA was being worked on but more generally, the ministry worked on timely and transparent release of information through OIAs.

Her request was still within the 20 working day limit given for responses.

"The breadth of information about people accessing mental health and addiction services, and the performance of those services, is significant.

"That's why we've collated the various pieces of publicly available data into a new area of the Ministry's website so people can find the information in one place," he said.

Data on suspected self-inflicted deaths for the 2019/2020 period is available on the Ministry of Justice website.

But the Minister said coronial rulings of suicide can take many years, which is why suicide data from 2017 onwards is not available yet.

The 2017 suicide data is expected to be published in the coming weeks, he said.