An international student from India completing his PhD in New Zealand is begging to be let back into his course as he faces deportation following the termination of his enrolment. 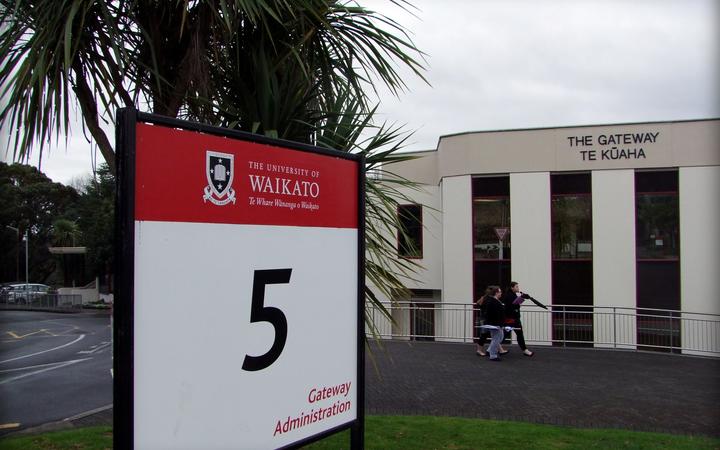 Prithwish Sain, a University of Waikato chemistry student who has spent more than $200,000 to study here, said he was due to finish by the end of the year.

His enrolment has been terminated following a "complete relationship breakdown" between himself and his PhD supervisor, for whom he has since laid a series of complaints over.

These include bullying and harassment, accusations of theft and the misuse of Sain's research data.

But despite the investigation into the allegations not yet complete, the Postgraduate Research Committee decided to terminate his PhD enrolment two weeks ago.

School of Graduate Research dean Kay Weaver recommended the termination in a letter to Sain earlier this year.

"I made this recommendation on the grounds that [Associate Professor] has withdrawn as the Chief Supervisor of your PhD thesis due to the irreconcilable differences that have developed between him and yourself, and because the Faculty of Science has not been able to identify an alternative Chief Supervisor for your thesis research," Weaver said.

A university spokesperson said the complaints had been made by Sain after the PhD termination process was underway and were being investigated under a different process.

"The university does not agree with any suggestion that it has acted unfairly regarding the termination of Mr Sain's PhD enrolment. University staff worked extensively with Mr Sain over several years to support him to complete a PhD," the spokesperson said.

"Mr Sain has the right to appeal the Postgraduate Research Committee decision and we have ensured that he has the same access to university resources as any other PhD student, and free of charge, as he goes through this process."

The termination means Sain would need to leave New Zealand immediately because he was here on a student visa.

On 20 April, Sain wrote to Prof Weaver asking her recommendation to terminate be postponed.

"All that I desire is for completion of my PhD in an amicable manner with the support of [supervisor] and the university. In this connection, I apologise to [supervisor] if I have caused him any hurt and would like him to be associated with my PhD.

"To move things forward, I humbly appeal you to cancel/postpone my PhD termination proceedings till Nov 2021."

He then suggested mediation with himself and the supervisor, a hard deadline on the submitting of his written thesis by the end of November or facilitating a transfer to another university that could provide a supervisor.

Sain said he attempted to set up a transfer to University of Otago but it was "spoiled".

"They [University of Waikato] gave wrong information about me."

He said he planned to leave New Zealand immediately after completing his PhD.

Sain would appeal the decision to cancel his enrolment and has legal representation.

He had also complained to the Human Rights Commission.

A university spokesperson said the case was "complex and lengthy" but it had acted fairly.