A hīkoi of far North Māori arrives at their district council today, to protest what they say are rushed changes to land use rules that amount to a land grab. 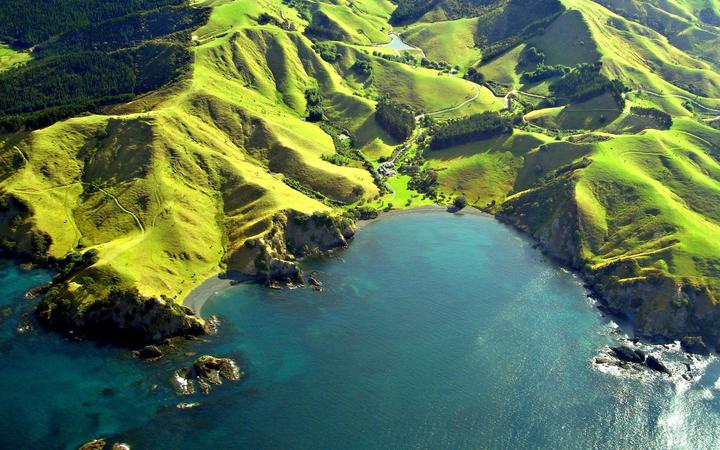 Northland Māori have marched to protest a process that could result in changes to land use rules for vast swathes of land in Northland. Photo: 123RF

The marchers are protesting plans to classify 42 percent of land in the district as Significant Natural Areas (SNA), a designation that would introduce stricter rules meant to protect sensitive environments, that include unique landscapes, species and habitats which are under threat.

Yesterday, the council agreed to pause the process, in the face of rising objections and a call from ministers.

Spokesperson for those marching, and Te Poari o Ngātiwai (Ngātiwai Trust Board) chief executive Hūhana Lyndon told Morning Report the pause is a move in the right direction, but the devil is in the detail - and more detail is needed about what happens next.

It was decided the hīkoi would go ahead, despite the pause. And it left Te Herenga Wairua at dawn yesterday, to march to Kaitaia. About 1000 people are expected to reach the Far North District Council (FNDC) Kaikohe office today.

Lyndon said Māori only learned about the process weeks ago from the council website.

She said the move was viewed as a land grab because it amounted to decision-making about the land and its future, that had excluded Māori.

"A land grab is about power and control. Through Te Tiriti O Waitangi Article 2 we are guaranteed our tino rangatiratanga (self-determination and sovereignty) over our land assets and people.

"Our taonga is our whenua as well as those things upon it, like our indigenous flora and fauna. And unfortunately we haven't been included in any of the decision-making around what is classified as an SMA, and how we are going to identify it alongside the landowners, hapū and iwi, and then additionally, how it will be implemented.

"It was all done to us without us. We have no problem around the protection of our taonga species, our flora and fauna. The issue is around control, who defines it, who designs it, and then how it's implemented. As per the articles of Te Tiriti o Waitangi it wasn't done with us."

"Of that, we guess 42 to 45 percent is whenua Māori. The other half is DOC land - and DOC land we view as whenua Māori as well. We want to see those designations being able to be lifted off that DOC land should we receive it back through treaty negotiations."

Lyndon said the council had not explained why Māori had not been involved in the process.

"We asked why have you done this - the timing is so quick? We never got a response.

"They said we have a duty to protect, as per what the government has given us in the National Policy Statement for Indigenous Biodiversity. But that policy from the national level hasn't even been finalised yet.

"So FNDC came out early when we don't even have the national policy confirmed."

Lyndon said the council's pause of the process was "a positive move" as a start, but their concerns have not been lifted.

"We are very cautious around what we've heard thus far, we need to see action in a way with which they meaningfully halt that action around the SNAs, and then actually we move forward together to codesign how we protect and look after our indigenous biodiversity together."

District Mayor John Carter won't be able to meet the hīkoi, but told Morning Report he was looking forward to working with iwi to find a solution for protecting local land.

He rejected the idea the council jumped the gun, but said with hindsight they could have done things differently.

"Having now seen the response from the community: farmers, farm-owners, business people, our iwi and hapū, multiply-owned Māori land owners - there is an issue we need to address.

"We've sat and had a really positive meeting [with government ministers] yesterday, about a pause and a reset in how we can approach this. One of the things we need to do is communicate and sit down with our federated farmers, our business people... our iwi authorities, and talk about how it may be that we can communicate this a lot better than we have."

Carter said people had been advised about the process in letters from the council, however "the people were unaware this was happening, and so it's come as a surprise".

Lyndon said council senior management and councillors had indicated they would be at the Kaikohe office to meet the hikoi.

"We appreciate that. They have been working alongside us knowing the movement of the people that has been occurring over recent weeks.

"They have given an indication, and we have heard from mayor John Carter that they will seek to pause, but what does that look like? And that's the concern there, so we want to know what's next and how can we mahi tahi - work together on this."