MDMA, also known as ecstasy, is now the second most popular illicit substance in New Zealand and users are calling for ways to test drugs being sold to them. 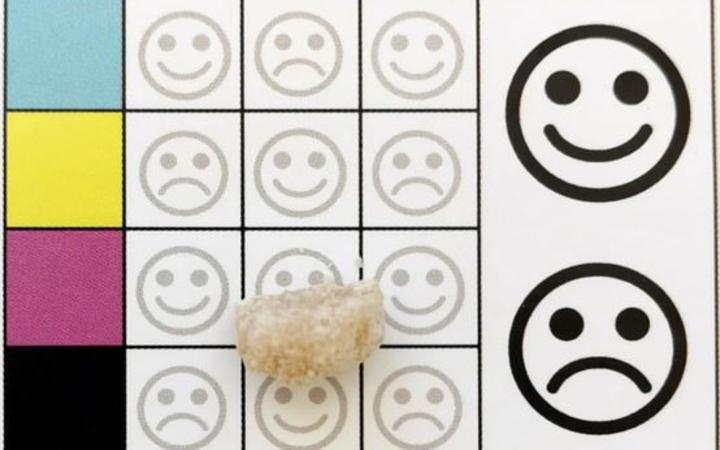 Usually sold as a powder inside of a capsule or pressed into colourful pills, the unregulated nature of the substance often leads users to take the drug without knowing what they're consuming.

With increasing reports of dangerous synthetic cathinones being sold as MDMA, many recreational users are now calling for increased accessibility to drug testing services.

One user said: "It's definitely needed because a lot of people go there and do it and they've only done a couple of times so they go all out and go crazy, especially with Covid-19, I don't think we're getting proper MDMA instead it's kind of cut with other things. You need testing kits over there (festivals) because that's where it's really going to matter."

Another user said: "A lot of these people that are producing P are also the same people that are either importing or producing MDMA in these pills. The scariest thing for me is that when I'm taking a pill there's a good chance that it's been cut with something like P or speed or bath salts like we saw over the summer."

Synthetic cathinones are a group of synthetic or chemical drugs, one dangerous variety, Eutylone, is being increasingly found mixed into samples of MDMA.

Last summer, drug-checking agency Know Your Stuff found the substance in 40 percent of all samples tested at a University orientation week.

Eutylone consumption can leave users experiencing symptoms that vary from paranoia and vomiting to seizures and trouble sleeping.

Project leader at the New Zealand Drug Foundation Emily Hughes says a key danger of cathinones is users can put themselves at risk of overdose while completely unaware they're consuming it.

"One of the main issues with synthetic cathinones that we see is that when they're adulterated in the MDMA supply people are taking them thinking they are MDMA and are taking them at doses that are probably a lot higher than what would normally take and then having much more unpleasant effects," Hughes said.

Police wastewater testing shows consumption has been growing consistently over the last year with over a third of all drugs detected in the first quarter of last year identified as MDMA.

MDMA prices in New Zealand are some of the highest in the world with a single capsule or pill selling for up to $40 and with individual drug checking kits coming at a cost of approximately $20, ignorance is bliss for some.

"What it's really good for those reagent tests is telling you whether you have drugs that have no MDMA in them, what they're not good at telling you is whether you have a mixture of MDMA and another drug," Hughes said. "So, I think whilst they're a really good alternative to not testing they're certainly not conclusive and they certainly don't mean that you don't have cathinones in your sample."

One user explained many people view pills as the most attractive method of consuming MDMA but warns they're just as dangerous.

"For a lot of people they see a white powder and they don't know what it is but then they see a pink pill or a yellow pill and they assume that it's significantly safer because it's a pill, which is the downfall of a lot of people," one user said.

After passing temporary legislation last year to allow drug checking services to operate legally, the Minister for health Andrew Little said he was now focusing on getting legislation through Parliament to establish a permanent regulatory regime for checking.

In the meantime, Know Your Stuff is relying on volunteers and donations to provide its services at music festivals, as it has been for the last five years.

Managing director Wendy Allison admits she is surprised by the lack of funding for drug checking in this year's Budget and now she's calling on the government to put their money where its mouth is.

"We can quite comfortably continue providing the service at the level we're currently providing it but what we can't do is meet the expectation that the government has set up that the service will grow to a national publicly available one, that is going to require substantial resourcing and the expectation that a volunteer organisation could do that with no funding is completely unrealistic," Allison said.

Know Your Stuff would need an injection of at least $1 million in funding to be able to expand their services to a readily available nation wide service.

Allison says Know Your Stuff is already fielding a surplus of requests for their services ahead of summer and without funding they'll be forced to turn down events.

When asked whether funding is on the way, Health Minister Andrew Little said until a regulatory regime was established what followed from that was some time away.