Tiny radar tags have been fitted on insects to monitor their movement, and researchers hope the new tech could help understand and protect threatened and endangered insect species. 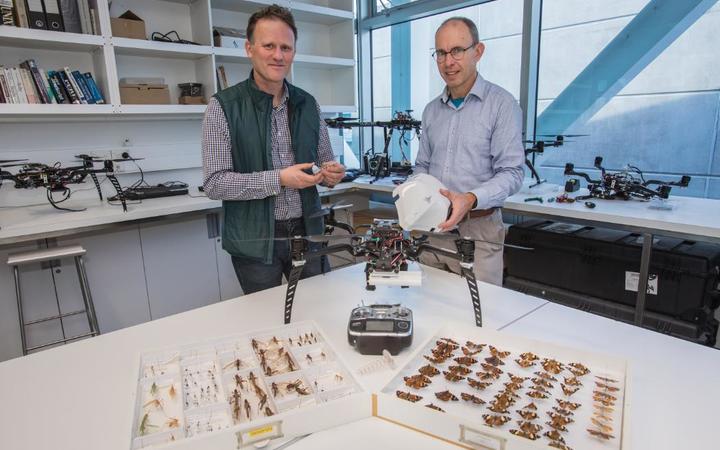 New Zealand has more than 1000 threatened or at-risk invertebrate species - including insects, and there are many gaps in knowledge about how they behave, where they live, and how far they travel.

The harmonic radar tags are designed to be attached to an insect and to react when they pick up specific radar signals (radio waves) by sending an answering harmonic signal back.

The team are also developing new drone technology so swarms of drones can follow an insect.

"So this little swarm [of drones] can move and maintain close proximity with the target, and we can get really detailed information about insects are interacting in the environment," Dr Pawson said.

They hope the system can help collect data about the insects across complex landscapes and long distances, giving clues about how threatened species move and interact with their environment. 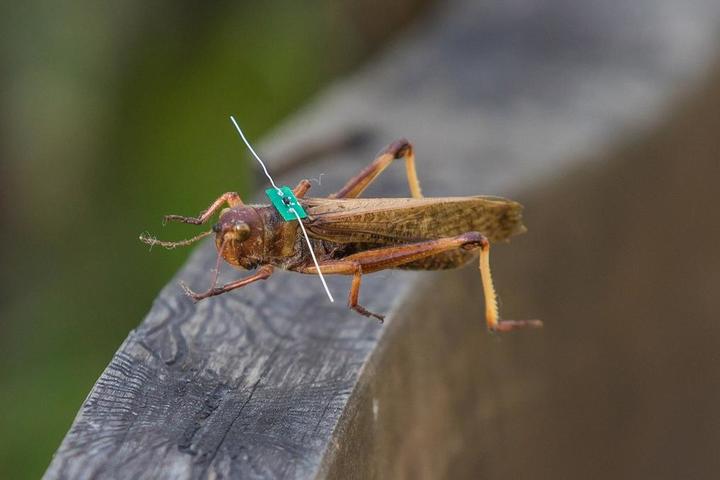 One of the prototype harmonic radar tags. Photo: Supplied/ University of Canterbury

Harmonic radar technology has been used since the 1990s, but had to be adapted for use with small bugs. The tags had to be very small, operate well with less power, and be able to cope with greater mobility, Pawson said.

"New Zealand's well known for its efforts in conservation, and its application of technology. So, for example, a lot of the bird conservation over the last decades has relied heavily on the knowledge that has come from being able to radio track them.

"But for our invertebrates, there's almost no invertebrates that are heavy enough and have the lift capacity to be able to carry the kind of battery-operated tags."

The team have built tags as small as 2mm to 3mm wide.

"We have fabricated about 20 test harmonic radar tags ... allowing us to experiment with various parameters," Woodward said.

The researchers hope to start field testing the technology in 2023, starting with ground-based insects, before moving on to flying insects.