An exhausting week for Ashburton emergency services has stirred calls for extra caution this long weekend. 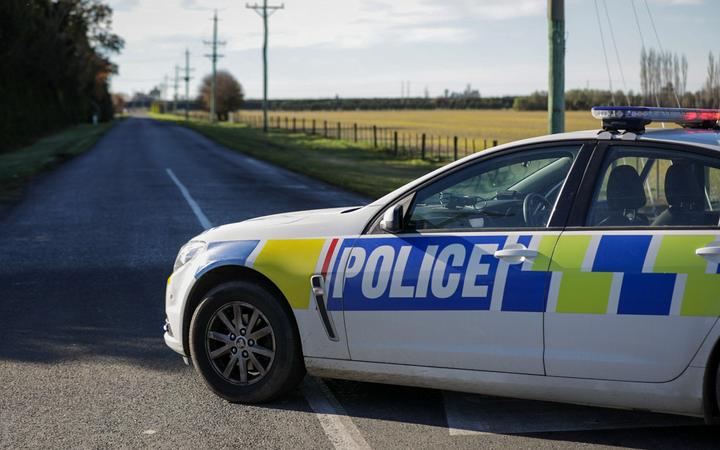 The scene of a crash where four people died after a truck and van collided near Ashburton. Photo: RNZ / Nate McKinnon

The district remains in a state of emergency after up to 400mm of rain fell in just a few days, and yesterday four people were killed and three were injured when a truck and van collided at a rural intersection.

Ashburton District councillor Stuart Wilson told RNZ it had been a traumatic time for emergency services but "people have been patient and courteous".

He hoped that behaviour would continue this Queen's Birthday weekend.

Ashburton has 2623km of roads - the fourth-longest network of all local authorities across the country.

Wilson said there were many rural crossroads similar to the corner of Wakanui Rd and Cochrane Rd, the scene of yesterday's fatal crash.

Officers are contacting the next of kin.

Drivers should expect major delays through Ashburton this weekend, as flooding repairs continue.