A "moment's carelessness" led to a fatal crash which killed four people near Ashburton this morning, police say. 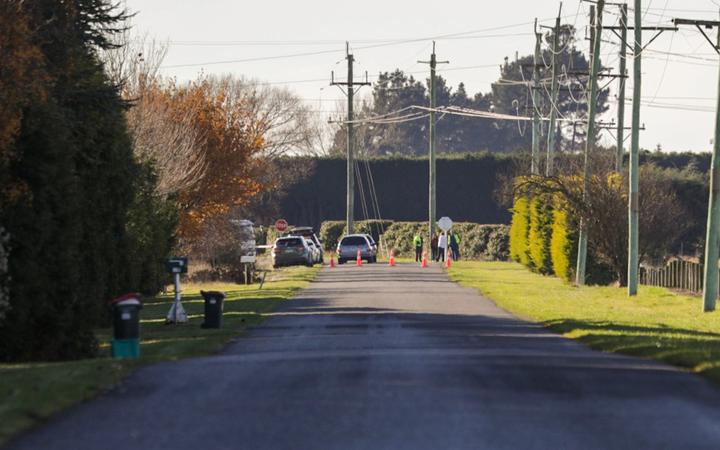 The scene of a crash where four people died after a truck and van collided near Ashburton. Photo: RNZ / Nate McKinnon

Police were called to the scene on Cochranes Road and Wakanui Road in Elgin, near Ashburton at 9.30am after a truck and van collided.

It appeared the van went through a controlled intersection as the truck passed in a "moment's carelessness", Gaskin said.

Two people from the van were injured - one is in a serious condition and the other in a critical condition, Gaskin said.

The driver of the truck had moderate injuries, he said.

"This is an absolute tragedy," Gaskin said.

"Any death on our roads is too many, and crashes like these are also devastating for our staff and our local communities."

Police were contacting the next of kin and investigating the scene. 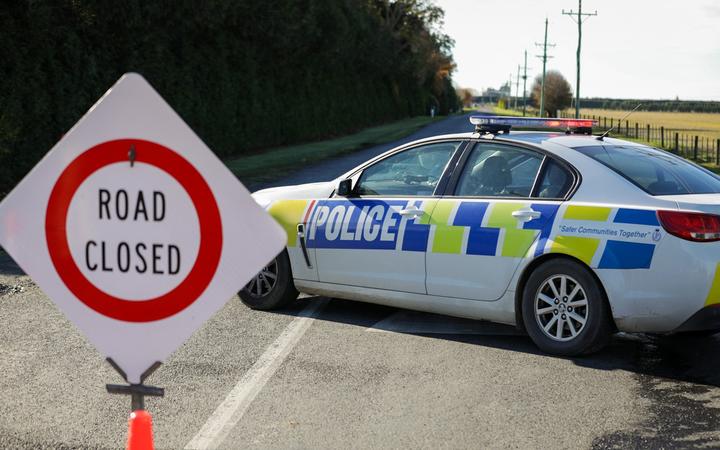 The road is closed near the scene of the crash Photo: RNZ / Nate McKinnon

Gaskin was not in a position to release any further details, but said those involved were not from the area.

One patient was taken to Christchurch Hospital.

Earlier, Fire and Emergency said at least one person appeared to be trapped when firefighters arrived.

After dealing with a week of flooding and roading issues due to the damaged Ashburton bridge, the town's mayor Neil Brown said it was a sad end to a hard week.

"Very devastated really having a multiple tragedy like that in our district on top of what we have been going through, people just don't need that sort of thing. But in saying that we feel for the families involved. Yeah, it's difficult," he said.

The mayor and police are warning drivers to take care on the roads this long weekend and to expect major delays going through Ashburton.

Police urge people to think carefully when they get behind the wheel and ask drivers to put down the cellphone, don't drive impaired, travel to a safe speed, and wear a seatbelt.