The Department of Conservation is urging dog owners to keep their animals under control after the death of a monitored kiwi bird in Kaweka Forest Park in Hawke's Bay. 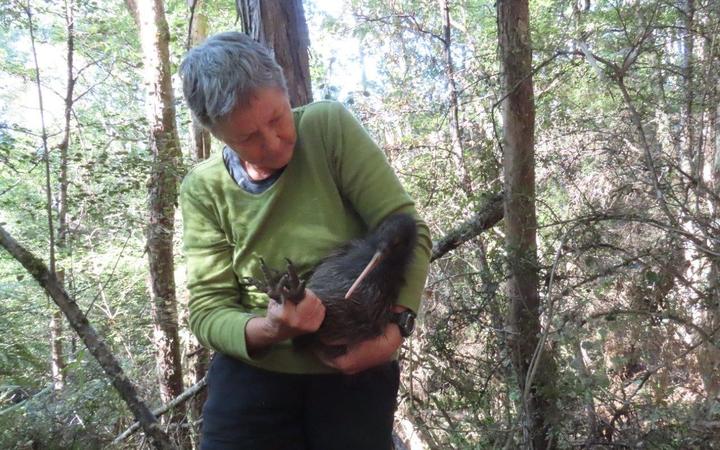 The male North Island brown kiwi named Mahika was part of the kiwi breeding programme in the park, about 70km northwest of Napier.

Mahika's body was discovered under a shallow layer of earth with an injury.

The surrounding ground was covered in dog and human prints, suggesting he may have been attacked by a dog and the body deliberately hidden.

It is the second dog-related death of a monitored kiwi in the park over the past 12 months.

Department of Conservation (DOC) biodiversity ranger Kahori Nakagawa said only permitted hunting dogs that had undergone kiwi-aversion training were allowed in the park and owners were responsible for their dogs' behaviour. 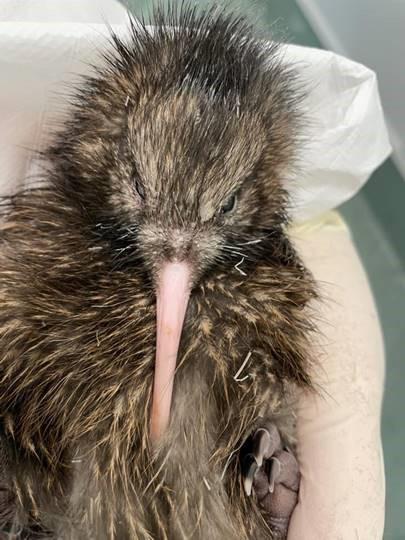 Flip Mahika is one of Mahika's chicks from the 2020 breeding season. Photo: Supplied / DOC

"It is devastating and so frustrating to lose any kiwi to a dog, as this kind of thing is entirely preventable," she said in a media release.

"It's even more disappointing someone would try to hide this death rather than taking responsibility for it. We are investigating, but we hope the person will do the right thing and come forward.

"Mahika was a young adult male who has just started to breed, so this is a blow to the population."

DOC staff have also noticed more dogs in the park.

Pet dogs are not allowed at all on public conservation land in Hawke's Bay.

In the Kaweka Forest Park, only permitted hunting dogs on active hunting trips are allowed.

No dogs at all are allowed at scenic reserves, including Lake Opouahi and anywhere in Boundary Stream, such as the popular Bell Rock and Shine Falls tracks.

Nakagawa said people should check the rules if they were uncertain, and always needed to be aware of where their dog was as kiwi become more widespread in the Kaweka.

Kiwi will run when chased, but their anatomy - especially their chests, which are weak due to a lack of flight muscles - means they can suffer fatal injuries very easily. An inquisitive dog can push a kiwi against a tree within a few moments of inattention by a dog owner.

"Kiwi aversion training is essential, but it's also not a silver bullet. We know even the most obedient dogs can be drawn to the scent of a kiwi when their owner is distracted. Even kiwi-aversion trained dogs may not be able to resist chasing a kiwi when the bird runs away in front of them.

"Everyone wants to see kiwi thriving and, as we can clearly see with this case, no one wants to be responsible for their dog killing one."

DOC has increased its staff presence in the park over the last few months to remind people of the rules, but ultimately individuals are responsible for their choices.