It could take two days to evacuate more than 300,000 Aucklanders, if a volcanic eruption is imminent, according to new research. 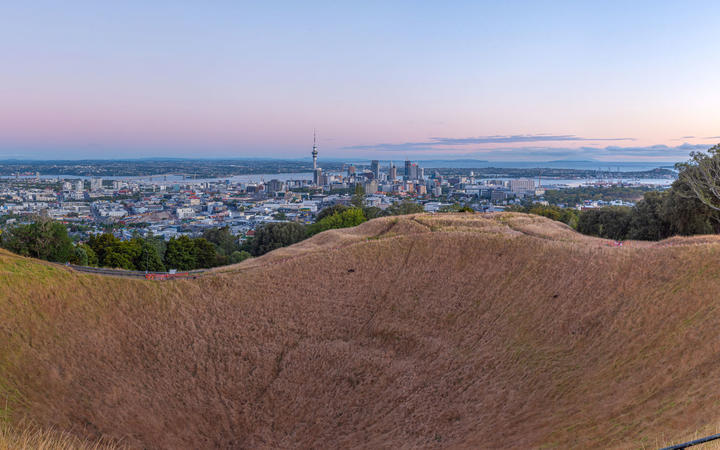 A view of Auckland at sunrise from Mt Eden, the cone of which is a dormant volcano. Photo: 123RF

Eruptions in the Auckland volcanic field happen in a new location each time - rather than from one of the 53 existing cones and lakes - and they could be anywhere on land or in the sea.

Lead researcher and Auckland University PhD student Alec Wild said that meant estimating how many people might be affected by a future eruption was difficult.

Wild and his co-authors created a model using demographic information, like population distribution and vehicle ownership, as well as geospatial tools, to try and work out how many people might be at immediate risk during an eruption and how long it would take for them to get away from danger.

Previous research, led by Marco Brenna from the University of Otago, has suggested Auckland may have five up to 15 days' warning of an impending volcanic eruption.

Wild's research and evacuation timelines fall well inside that window.

Auckland Emergency Management principal science advisor Angela Doherty said as the magma that feeds a new volcano got closer the surface, it became easier for scientists to estimate where the new eruption would occur.

"But there would be a fine balance between waiting for clarity and leaving enough time for everyone to evacuate safely," she said.

"We have seen from past events around the world that the time it takes for decision-makers to analyse the information and call an evacuation is the longest part of this process," he said.

The last eruption was about 600 years ago at Rangitoto.