NewstalkZB broadcaster Martin Devlin tried to punch a colleague in NZME's Auckland newsroom, he admitted in a statement today. 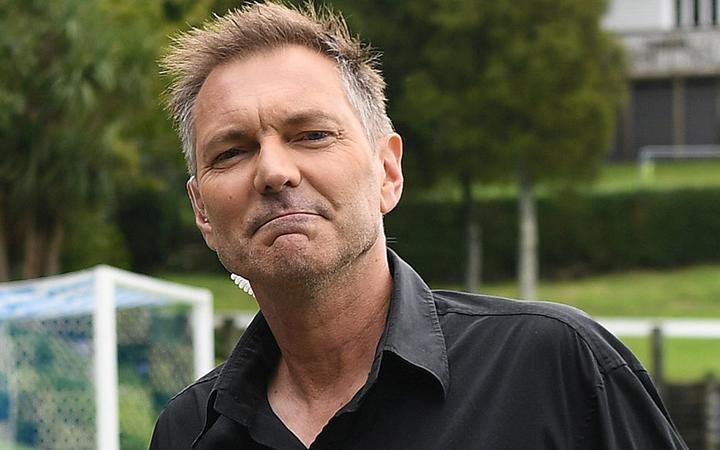 Martin Devlin says it is humiliating to admit that he has been angry for more than a decade. Photo: PhotoSport

Devlin - who fronts The Devlin Radio Show on Saturday and Sunday afternoons - has been off air all week while the incident has been investigated by head of radio Wendy Palmer.

In a statement released this afternoon, he said he is embarrassed and ashamed about losing his temper but grateful that he will be allowed to keep his job after undergoing sessions to help him with anger management.

Devlin said he had apologised to the man he tried to hit, his family, colleagues and the listeners - all of whom he "had let down again".

"An incident happened at work last week. I lost my rag at a radio colleague and have rightly been away from the studios while NZME has undertaken a process to investigate and determine what happened and ensure the safety of its people," Devlin said.

"I took a swing at my colleague during a discussion that became heated.

"While I never had any intention to connect, that's not the point.

"My behaviour was wholly unacceptable, I am deeply, deeply sorry and have apologised to him and my other colleagues who witnessed it."

Devlin said he had also sent "unwelcome messages" to some of his colleagues and he wanted to apologise for making them feel uncomfortable.

After an inquiry, NZME was allowing him to retain his job, he said.

"Radio has been my life for 31 years, I love the work I do and I can't begin to explain how much it means to know that I can get back in the studio to broadcast about sport to sport fans."

He said the experience has been life changing because it has forced him to admit that he has been angry for over a decade.

"Ever since my father died in 2007 I've really struggled to keep an even keel and have battled depression, ever since.

"I feel ashamed - that shame is real and dumb in equal measure. It's inexplicable that I feel shame, particularly after the incredible work that men like Mike King and John Kirwan have done to try and destigmatise mental illness, but I can tell you the shame is very real.

"It seems counter intuitive but perhaps admitting it publicly may help me. I hope, at the very least, it may help the work that Mike and John do."

He said over the years his anger had prompted him to explode if listeners criticised him and and he had also been guilty of insulting other media colleagues on-air.

"I can, hand-on-heart, say that I genuinely believe that nothing like this will ever happen again. I begin therapy on Monday to deal with my anger."

His two sons had supported him but urged him "to sort his s..t out", he said.

"What I have realised is that I'm not a bad person, I have just been in a bad place.

"But I will get through this and become a better man and a better father."

In a statement, NZME said it did not comment publicly on any employment matters, but it was committed to providing a workplace that is healthy, safe and inclusive.