A group of inmates at a central North Island prison are helping to grow and plant tens of thousands of native trees every year. 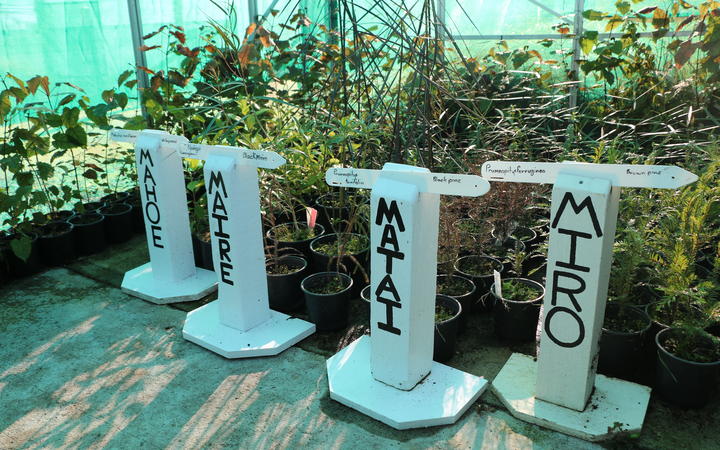 The work is part of a years-long collaboration between Corrections, the hapū Ngāti Rongomai, and the conservation group Project Tongariro.

Men at Tongariro Prison are referred to as 'Paihere,' a title developed for the prison in consultation with Iwi Ngāti Tūwharetoa in 2016.

Corrections said it referred to an individual or group of people in its care, "seeking, gathering, collecting, learning knowledge to ultimately become a better and more well rounded person."

A handful of Paihere work in the on-site nursery, brimming with trees like mataī and totara.

"Being around nature, it's grounded me. It's slowed me right down," said one of the men.

"I can breathe and I'm in nature and fresh air and breathing and it's really warming, it's really healing as well."

"Being in a space like this, being in prison, you need this sort of space to be able to ground yourself and reset."

"We have all these lightbulb moments that we get through the year when people move through and understand the different levels of the process."

Each year the nursery grew and it was sometimes a struggle to keep up with demand from various community groups, he said. 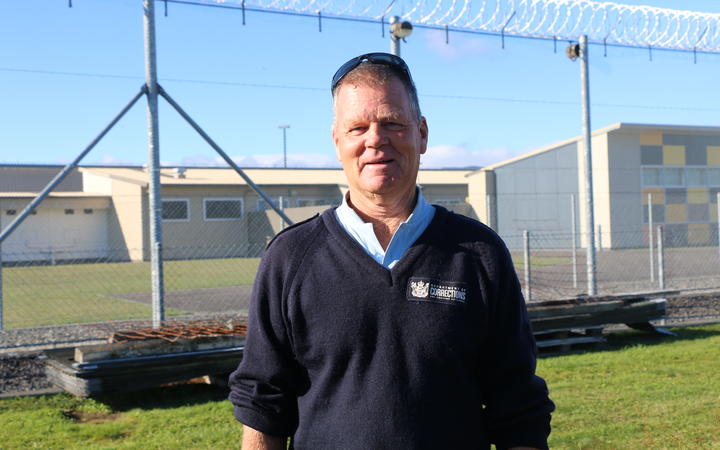 "The demand for the plants from the Iwi, Project Tongariro, and the other suppliers that we have just keeps growing," said Nielsen.

"With the billion trees funding and the way the Government is pushing for more trees, I just can't see that stopping."

The work in the nursery also fulfils all of the goals for Corrections Hōkai Rangi strategy, including partnership, humanising and healing, and incorporating a te ao Māori world view.

"I think touching the earth, so to speak, and connecting with the whenua allows people to heal from the inside out," said the Prison Director, Megan Tuhoro.

"Mana whenua is so important for us as well, so that connection with healing the land, which we are really privileged to be on at Tongariro Prison, really allows us to achieve the goals of Hōkai Rangi."

Thousands of native trees grown at the nursery end up along the banks of the Waiotaka river, on Ngāti Rongomai land.

Some of the planting is done by Paihere, while a large chunk is done by volunteers and the conservation group Project Tongariro.

Ecologist Nick Singers is one of the Project Tongariro team, and was a key part of the planting scheme. He said that when planting began, much of the 20 hectare block was covered in Willow trees.

Those had since been cut down and made into firewood, which was being donated to marae and the region's elderly.

At the start of the planting, Singers goal was simply to plant about 45,000 trees on the whenua.

But over the years, that had changed.

"The part that's developed is the social side of things... it's the community spirit of people coming together, relationships being created," he said.

"That's the motivation for me now really."

Local hapū Ngāti Rongomai, play a huge role in the project and provide kai to volunteers after community planting days.

Kaumātua Les Owens said the project had helped to prevent flooding on the land, and had brought hapū members back home.

He said every year more and more were coming back to the marae to take part in the plantings.

"Take part in the wānanga, so even though it's a planting project, we call it a wānanga, where we meet at the marae," he said.

"The marae is available for those families that want to travel back, and they stay overnight and work and listen to the stories as well."

Since 2017, Corrections have supplied Project Tongariro and with more than 61,000 trees and plants.

Among them are three Kōwhai, symbolising the partnership between the three groups.