A prison reform group has hit back at the Corrections Minister over his claims their pamphlet on prisoner rights incites violence, saying he is simply trying to distract attention from the huge problems in the prison system. 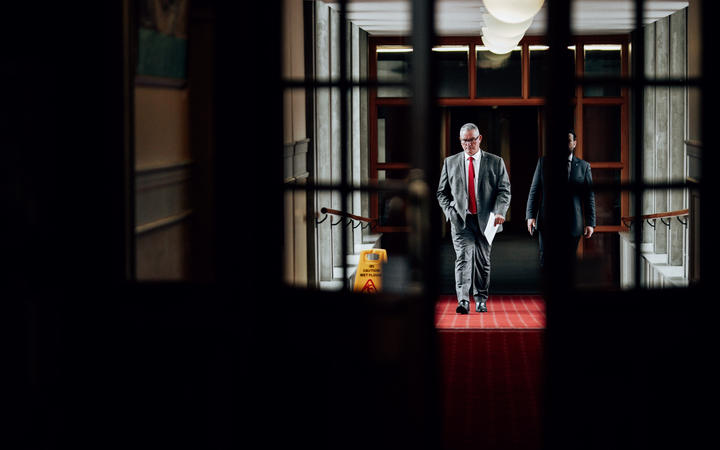 Māori Party co-leader Rawiri Waititi is quoted in the pamphlet and tensions between him and minister Kelvin Davis boiled over yesterday in Parliament.

Davis did not mince his words as he waved the offending pamphlet he says incites violence in prison.

"The member over there is basically encouraging the incitement of disorder in prisons by saying this publication is acceptable.

"He is endangering the lives of corrections officers and it is unacceptable," Davis said in the debating chamber.

The Māori Party co-leader was astonished at the minister's accusation.

"I was flabbergasted. I still am flabbergasted to be quite honest. I haven't seen the documentation to make a full comment on it," Waititi said.

Outside of the debating chamber, Davis was reluctant to show journalists the pamphlet.

An inmate gave it to a prison officer and it's now in the hands of the police, he said.

"I just thought it's really inappropriate and my concern is actually for the safety of corrections officers and corrections staff, if people are being encouraged to create disorder in prisons that's entirely unacceptable".

RNZ has obtained a copy of the pamphlet, which is published by People Against Prisons Aotearoa.

It advised prisoners what to do if they're unhappy with their living conditions including launching petitions, applying pressure through the media, and peaceful protests.

It mentioned January's riot at Waikeria prison, saying the inmates involved "were burning the unit down to take a stand for future generations". 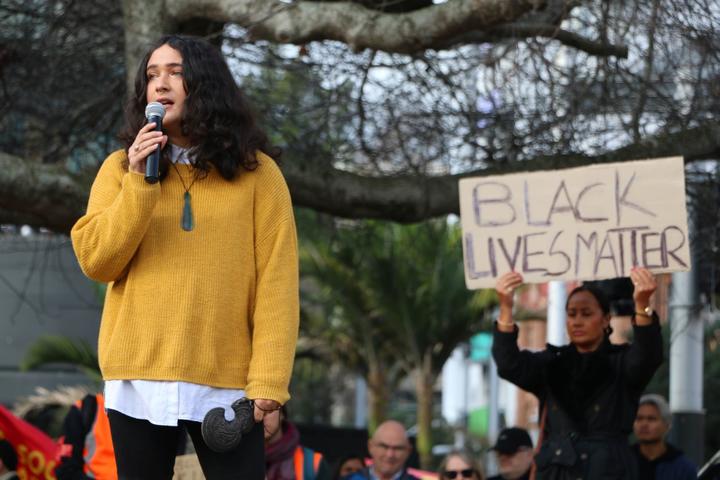 "We absolutely aren't trying to incite riots," she said.

"Kelvin was waving a copy of Take No Prisoners, which is People Against Prisons Aotearoa's prison newsletter, we've been publishing it in prisons for many years now, it has a readership of about 600 [and] there have never been any issues before now.

"I think that Kelvin Davis has deliberately misrepresented the content of that newsletter in order to distract from the sickening and humiliating violence which we are finding out about this week that was perpetrated under his watch against wāhine Māori in Auckland Women's Corrections facility."

Rawiri Waititi said Davis needed to front up to the problems in prisons.

"I think he's choosing to deter us from the actual kaupapa which is around the incompetence of Corrections at this particular time to look after our people in prison.

"All it takes is they say 'yes, we've got huge issues, we need to look at how we move forward'," Waititi said.

The Māori Party wants an inquiry following a district court judge's ruling that the treatment of two inmates at Auckland Women's Prison was cruel and inhumane and a "concerted effort to break their spirit".

It shows Hōkai Rangi - the strategy to reduce the number of Māori prisoners and to ensure they are treated with dignity is not moving fast enough, Waititi said.

"There are 800 fewer Māori in prisons now than there were when I became the Minister, so that's just a sign that things are changing but it will take time," Davis said.

He wants to hear more from Corrections before he launches an inquiry into prisoner treatment.