Covid-19 Response Minister Chris Hipkins is still optimistic all New Zealand adults will be vaccinated against the coronavirus by the end of the year, despite a report suggesting otherwise. 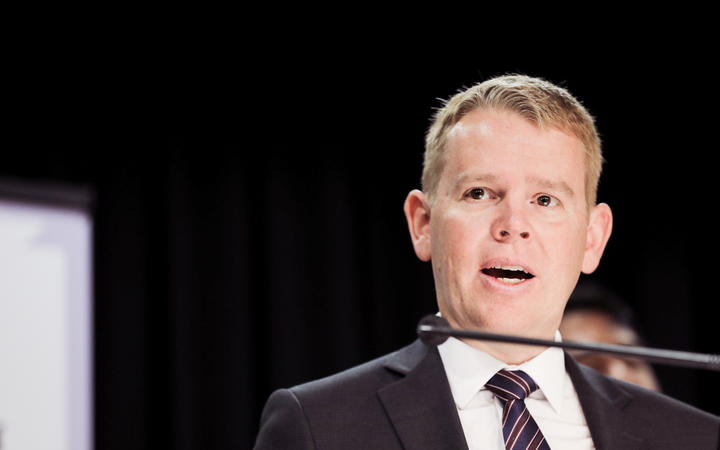 A review by the Auditor-General has cast doubt on the government meeting its deadline, citing worries about vaccine supply, reaching remote areas, and the number of trained vaccinators.

However, Hipkins said many of those issues had already been addressed.

Yesterday, Director-General of Health Dr Ashley Bloomfield acknowledged the programme was huge and ambitious, with the aim of nearly 8 million doses of vaccine to be given before the end of the year. He told Checkpoint the country was "ahead of our scheduled delivery at the moment".

Hipkins today told Morning Report there was very little the government could do in the way of having a back-up plan, in the event the delivery of the vaccine is delayed.

"There are some risks the Auditor-General highlights that we will not completely be able to remediate ... like an international supply chain disruption. If we were to not get the vaccines into the country which is a risk and it is a possibility, there is only a limited amount we could do in that circumstance to avoid a delay. The most likely outcome of that kind of situation is that the vaccine rollout would end up having to be delayed."

If there was a delay with the Pfizer vaccines reaching New Zealand, the Johnson & Johnson Janssen Covid-19 vaccine would be the next best option he said, which would need approval by Medsafe.

And vaccinators would need to be retrained.

"All of the feedback that we've had from Pfizer is that they're confident they can meet their delivery schedules.

"We have 5000 vaccinators approved, they have done their training so they are ready to go. We are working on extending the workforce to more than our regular vaccinator workforce."

That would mean bringing back retired health professionals and tapping into that Kaiāwhina workforce.

As for the IT systems being ready, he said: "The trials of the booking system are going well. The system around recording immunisation is already working and it has been working since the beginning of the programme. The system around logistics has been working very effectively. Those are the three most critical parts of the infrastructure that sits around this - two out of three are working, the other one is in the critical phase of trialling."

At APEC (Asia-Pacific Economic Co-operation) summit in November, he said the government would voice its view to lift tariffs on Covid-19 vaccines and medical equipment.

"Vaccine nationalism isn't going to help. We've all got to recognise that the effectiveness of the vaccine for any one country relies on the vaccine being rolled out effectively in every other country."

Australia has reportedly said it would support New Zealand on this.