A school bus and car have collided head-on near Queenstown as the region is hampered by wintry conditions. 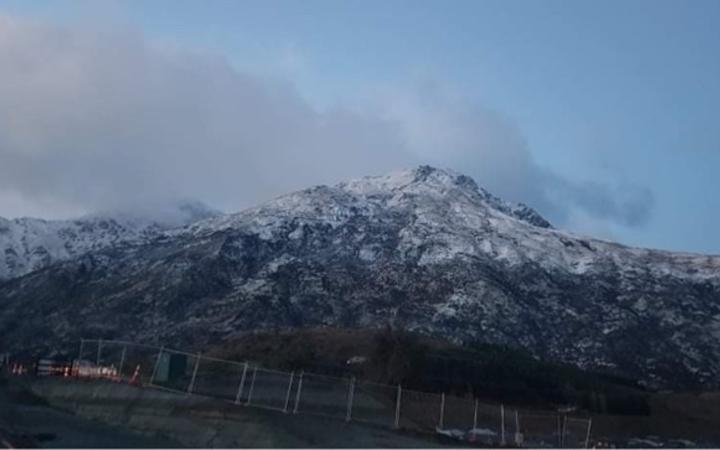 The crash happened at the intersection of State Highway 6 near Joe O'Connell Drive, near the Queenstown Events Centre at 8.40am.

Police said there were no injuries and were yet to confirm if the incident was weather-related.

State Highway 94 Milford Road remained closed and an update at 12pm said snow was expected to fall on the road throughout the day and overnight.

A convoy into and out of Milford was planned for this afternoon, commencing at 2.30pm at the East Gate and returning the West gate, out of Milford, at about 3.15pm.

The road was expected to reopen around 9am Wednesday. 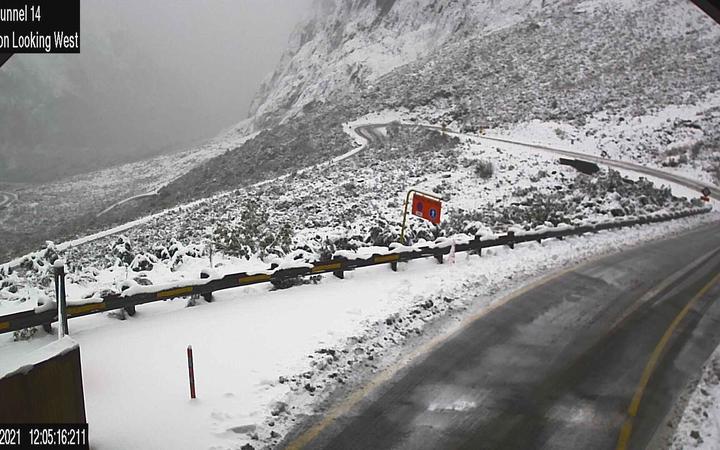 The Milford Road west of the Homer Tunnel on 18 May 2021. Photo: Supplied

Queenstown Lakes District Council urged people to drive carefully as many routes heading to Queenstown and Wanaka were covered with ice/grit or snow.

The Crown Range Road remained open but vehicles needed chains and there was ice and grit on State Highway 6 to the West Coast.

People were being asked to consider whether their journey was absolutely necessary and to delay if possible.

Active fronts have been moving across the country caused wild weather in some areas overnight, bringing chaos to many parts of the country.

MetService meteorologist Ashlee Parkes said fronts moving across the country causing wild weather had brought rain and thunderstorms to the upper South Island, and parts of the North Island, but that this would ease this afternoon.

MetService meteorologist Lewis Ferris told Morning Report the weather around the country was expected to ease further by Thursday, but another cold front was expected in the South Island on Friday.

"Although we're not in meteorological winter yet, try telling that to the people in the deep south," he said.

"There's been snow falling around the region, the heavier snow was forecast for Fiordland and that's where we've seen it turn up, around 10cm at the pass through to Milford Sound. South has been seen down to about 200m in Southland and there was even a very light dusting around Queenstown airport."

Eastern areas of the North Island, including Northland, have been battered by high westerly winds and rain this morning. Southern Hawke's Bay and northern Wairarapa had been particularly hit, Ferris said.

There remained a thunderstorm risk to the eastern Bay of Plenty today.