Solo mothers on the benefit say they need more help in this week's Budget, as they continue to struggle from week to week. 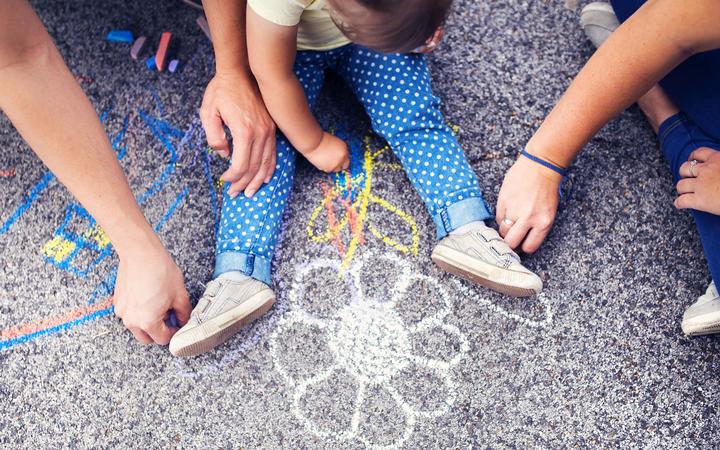 Finance Minister Grant Robertson has identified reducing child poverty one of the government's key priorities in the lead up to Thursday's Budget, but has warned it will require sustained investment to address.

While he has been tight-lipped about whether increases to benefits are on the cards, he, Prime Minister Jacinda Ardern and Social Development Minister Carmel Sepuloni have said there is more work for the government to do on welfare reform.

Jade is on sole parent support, but she does not want to be on a benefit.

She wants to study, but she has decided to wait another couple of years, so she can spend more time with her nine-year-old daughter.

"I want to do a job that I love to do, where I can give back. Being on the benefit, it's just not cutting it, at all."

Jade has been trying to save money to get her car fixed, but ended up needing to spend her savings to buy food.

"If you want people like me to go and get a job or get out and do something without having to sit on the benefit, how am I supposed to do all these things if I don't have a vehicle?"

Last year's $25 increase to benefits alongside other changes had not make much difference, Jade said.

"It does help, but it's an extra bit for bread and butter and milk, really."

More money would help, but Jade said more understanding from the government would go a long way, too.

"Empathy and understanding, or maybe they need to come and take a look and walk in our shoes and walk in our whare, just stay with us for a day to see what we go through," Jade said.

Jayden manages to work part-time and study, while bringing up her four-year-old daughter.

"I guess with me working part-time, I just make ends meet and that's because with my housing situation, it's not ideal for me."

Jayden is paying $500 a week in rent - she used to live with her parents, but it ended up being too crowded, with 10 people living in a two-bedroom home.

"My budget's real tight, real, real tight, so I always try and other means to make sure we have money every single week."

Jayden said there were people out there who are far worse off than she was and she said they needed more help in this week's budget.

"I think for those families, making things affordable for them, especially in the low-decile areas, housing especially for them as well, more employment for them."

Jayden said Work and Income could do more for people who are looking for work.

"Rather than just telling someone, 'hey you need to go and look for a job', I think pointing them in the right direction, guiding them, making sure that they are successful in employment."

Kimmy has two sons and another baby on the way.

She said being on the benefit is tough.

"It really, really sucks. It is hard to keep afloat or just getting the necessities like bread, milk and all that.

"I can't even explain, it's really hard to be on a budget when all your bills go out and whatever's left is what you get for your groceries.

"It's really difficult for me to ask for help, it's quite embarrassing, but you have to do what you've got to do for your kids."

More money would help, but so too would more information about the support that's already available, Kimmy said.

Women on sole parent support have told RNZ without increases to income support, they say it will still be unreasonably tough putting food on the table, and paying bills and buying other essentials.