A terminally ill man who spent time in state care and was abused says it is important that he tell his story to help stop the abuse of children continuing. 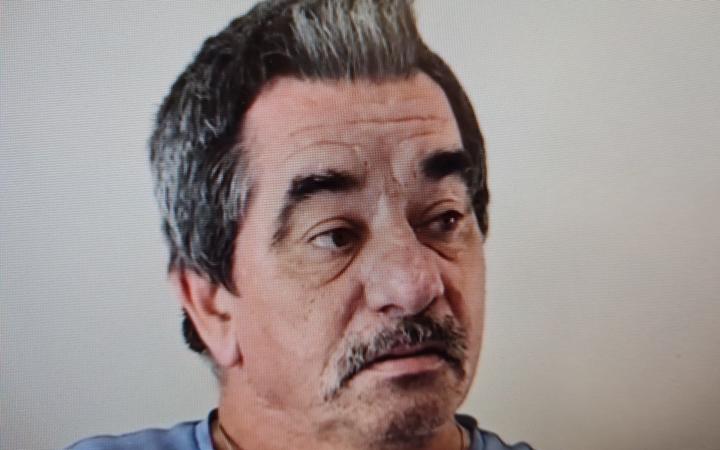 He experienced sexual, physical and psychological abuse while at the Lookout Point Boys' Home and the Kohitere Training Centre in the 1970s.

His problems started when he was sexually abused by a family friend. From that moment on his schooling suffered and he became very withdrawn.

He said the man who abused him told him not to say anything about what happened.

"Kids of the 60s didn't question adults ever, we did what we were told."

He had a violent teacher who hit, kicked and pushed him about.

"You don't forget these things."

His mother complained to the principal but to the best of his knowledge, it went no further.

Hurring said it made him very wary of adults and he had difficulties trusting people.

He appeared in the Childrens' Court a couple of times, was placed under the supervision of the Social Welfare Department and then ended up in Lookout Point in 1976.

He told the Royal Commission of Inquiry into Abuse in Care that he hated it from day one.

He said he and other boys were sexually abused by staff regularly.

Hurring said physical abuse happened daily with boys being hit, kicked, punched, yelled at and pulled along by their ears.

"Getting slapped on ears, grabbed by the ears and dragged down a hallway.

"One staff member lifted me off the floors by my ears," he said.

He recalled being forced on his hands and knees to scrub the tennis court with a toothbrush for hours on end.

"Standing on a tennis court in the middle of winter with no shoes, socks, no nothing. Actually standing to attention in underwear, feet purple and I couldn't even feel my feet when told to come inside."

He said all staff members were abusive.

"One followed in the footsteps of the other."

He said he deserved some punishment, but not what was meted out to him.

"They would never treat their own kids like they treated me, never."

Hurring said he was often described by staff as a worthless piece of crap, as someone nobody was ever going to want and that he would end up in jail.

He told the Royal Commission about one time involving a fire extinguisher.

He was made to eat fruit even though he was allergic to it and after eating prunes he vomited on the table and was forced by staff to eat the vomit in front of the other boys.

After a shower, he was squirted with CO2 from the extinguisher all over him.

"Some might think that it would be cold but it actually burns. like needles hitting your skin and it was really sore."

He described the staff member who instigated it as a cruel person.

"To me, you wouldn't treat anybody the way he treated us."

He said he felt like he wanted to die at the home.

"Couldn't care less if I lived or died."

In 1977, at the age of 14 he was sent to the Kohitere Boy's Training Centre near Levin.

There the abuse continued including being beaten and intimidated by older boys.

"You fight back or you get beaten."

A so-called welcome from staff came as a rude shock at 5am with a bucket of cold water poured over his head.

He said some staff were good, especially the kitchen staff, but most of the others could not be trusted.

He recounted a staff member who acted like an army drill sergeant.

He said he has had a loss of hearing in his left ear ever since.

"If he considered you to be too slow, didn't matter what it was for or he didn't like the look of you on that day, you would be out shovelling five tonnes of coal in the boiler house."

At one stage he wrote a letter of complaint to the Director-General of Social Welfare where he outlined the conditions, violence and punishments.

It appears to have never got to its intended address.

Hurring said he found out much later that all letters in and out of the Kohitere were censored first.

After being in social welfare care he ended up in prison.

He later got work and had a family.

In 2004, he was diagnosed with post-traumatic stress disorder by a forensic psychologist.

He said getting truth and justice meant the most to him.

"Even if I am dead, my story is out there. They are not just going to get away with it.

"Even if I am not here it is important people know the abuse I had to put up with."

He said it was not just about him.

"It's about the others who went after me. It's to stop this abuse in New Zealand that still continues against our kids."