New Zealand cricketers in Covid-19 ravaged India will be able to get out of the country on a charter flight tomorrow after the Indian Premier League was postponed. 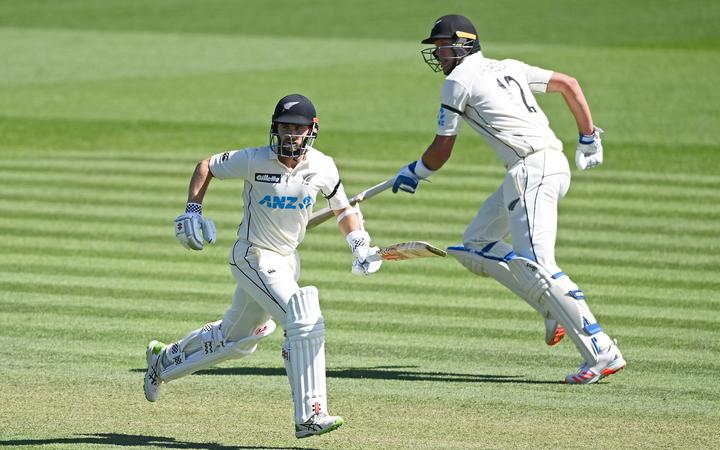 There are New Zealand players or staff in four of the Indian Premier League franchises which have confirmed cases of Covid-19 in the last few days. They have been self-isolating.

Several will leave India and return home on a charter flight tomorrow.

However, skipper Kane Williamson, Kyle Jamieson and Mitchell Santner will remain until Tuesday before leaving directly for England to prepare for New Zealand's two Tests against England and the test championship final against India.

Pace bowler Trent Boult, who is also part of the test squad along with several non-test players will leave from New Delhi on charter flight bound for Auckland and then head into isolation.

After completing isolation he will will spend a week with his family before heading to England for the second test.

Williamson, Jamieson, and Santner had to wait until 11 May to leave as it was earliest date an exemption for their arrival in the UK can be obtained.

The New Zealand-based Test squad members leave for England on 16 May and 17 May.

Earlier today, Players Association chief executive Heath Mills told RNZ the players were "fairly anxious" about being in India at the moment and were trying to find ways to get home.

But the logistics of getting home were hard, with travel restrictions and players being spread across various locations in India contributing to that.

Deputy Prime Minister Grant Robertson told First Up it was "very challenging" to get out of India at the moment.

"Availability of flights is very low, most commercial airlines are not flying out. I'm aware of discussions that have been going on. I know New Zealand Cricket and the Players Association are working very closely with our cricketers who are on the ground there to support them to be able to exit India and then return to New Zealand."