Two of New Zealand's leading cancer experts have slammed Pharmac's proposal to take away the special exemption which gives children with cancer access to any drug they need.

Oncologists Chris Jackson and Scott McFarlane say the move is likely to mean children will face much longer waits for new paediatric oncology drugs that come on the market.

Both doctors are also highly critical of the way Pharmac has treated patient advocate Fiona Tolich, who sparked Pharmac's review of child cancer drug funding by taking a discrimination case.

Jackson, the medical director of the Cancer Society, believed Pharmac's response to Tolich amounted to intimidation.

"I think it's deeply troubling that Pharmac has appeared to link advocacy to a possible reduction in child cancer drug availability - that feels almost retaliatory."

Tolich took her claim of discrimination under the Human Rights Act, asking why Pharmac would fund all child cancer drugs but not Spinraza, which can be a lifesaving medicine for children with the deadly genetic disease Spinal Muscular Atrophy (SMA).

Tolich said the last thing she wanted was a decrease in access to child cancer drugs.

"That's not what I'm asking for. I'm just confused as to why our system would value one child with one disease as being more important than another child with another disease."

Oncologist Chris Jackson, the medical director of the Cancer Society, says Pharmac's response to an advocate's human rights claim could have a chilling effect. Photo: Cancer Society of New Zealand

Jackson said Pharmac's response could have a chilling effect.

"If you were advocating for any kind of change, to have the prospect that that could have a negative impact on kids affected by cancer hanging over you - that's extraordinary," he said.

"For a government organisation to put that out there as something that could happen as a consequence of that, I mean that would be extremely intimidating for any advocate, so I think that's quite troubling."

Jackson was also worried about the impact of Pharmac abolishing special access for child cancer drugs.

He said child cancer was the only cancer where New Zealand's outcomes were better than Australia's.

"We've managed to get world class child cancer outcomes within a manageable budget. So it's working well. And the prospect of threatening that because people want better access to drugs in other areas - I think it is deeply troubling to even suggest that."

Health Minister Andrew Little has backed Pharmac and said he had been assured by the agency that "every drug that is currently available to children for cancer treatment" would continue to be available.

But Jackson was concerned about children facing long waits for new child cancer drugs that come on the market.

"Making it more complicated than it is now without good reason seems to be a daft thing to do, given that the current system is working pretty well," he said. "Keeping in mind we have not seen the budget blowouts in child oncology that could suggest that major changes need to be made." 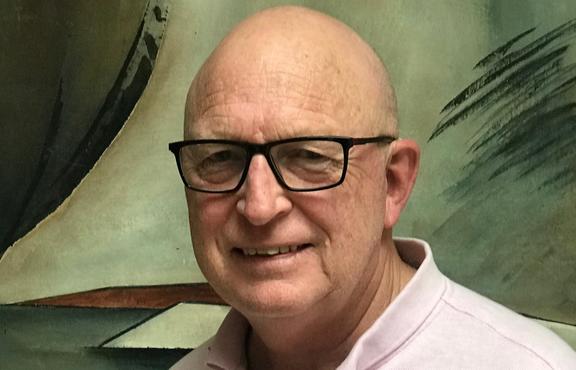 "We feel that the outcome is likely to be less timely access to the agents which we've been able to use by virtue of this arrangement and a whole lot more work doing what our adult oncology colleagues have had to do - in preparing these applications."

McFarlane said if Pharmac went ahead with the changes, children may have to wait to get the best new international drugs in the future.

While they waited for a new drug to go through the Pharmac process, doctors would have to use less effective drugs that were on the Pharmac schedule.

"The child would have a higher chance of failing that treatment when there is a better treatment available internationally but not accessible by us, because we can no longer obtain it using our special and unique arrangement," McFarlane said.

Pharmac's proposal to abolish the special exemption for child cancer drugs was not the way to address inequality of treatment between patient groups, McFarlane said.

"To achieve equity by dumbing down access for people who are achieving well to the lowest common denominator, I think that that message would be extremely unfortunate."

However, Minister of Health Andrew Little backed Pharmac's position that it had to act because the current special exemption for children with cancer was inconsistent with how it funded drugs for other patients.