Heath Minister Andrew Little says he expects better of the Children's Commissioner after he described a potential Pharmac decision as playing children like "bargaining chips". 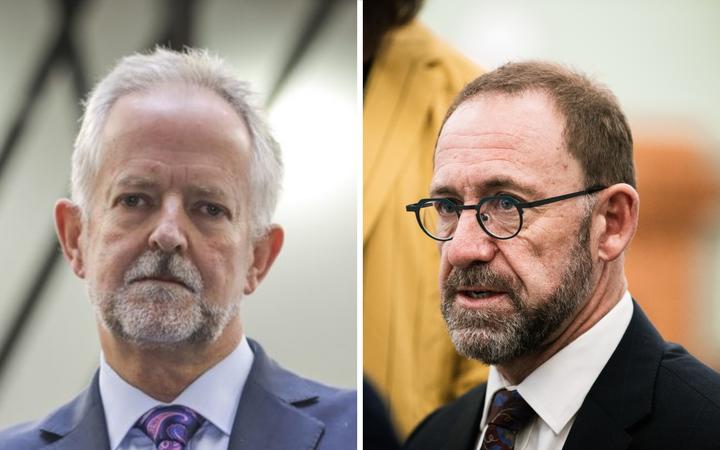 Yesterday, RNZ revealed that Pharmac is likely to end the blanket provision of child cancer drugs.

Pharmac said it had long viewed the special exemption for child cancer drugs as "inconsistent" but it was jolted into finally addressing the issue in response to a discrimination claim taken under the Human Rights Act.

In the claim, the regulator was questioned over why it was funding all child cancer drugs but would not fund Spinraza for about 35 children with spinal muscular atrophy, a deadly genetic condition.

It said no final decisions had been made but the most likely outcome of its review would be to bring child cancer drugs into the normal Pharmac process.

Pharmac stressed that no current medicine used by child cancer patients would be taken away.

However, the health minister has so far refused to pointedly express support or opposition to such a move, instead saying he supported all health agencies to be doing their best for all New Zealanders.

"I want something that is lawful, compliant with human rights obligations and all the rest and is the best for New Zealand.

"I definitely want kids to get the best they can, because a young child with cancer, they've got their whole life ahead of them... but actually we want better for others as well."

"I don't want a situation to descend into playing one illness off against the other. And children, with their illnesses, being bargaining chips when they're facing life-threatening conditions," he told RNZ.

"All children in New Zealand, surely, can have access to lifesaving treatment. That must be the starting point."

However, Little told Morning Report that was a "really unfortunate characterisation" by the commissioner.

Little said the regulator's "hands will be tied" if it was driven by the Act to make a change, in terms of of trying to comply with law and be consistent in their decision-making.

"What we have to make sure is the way they make decisions - and this is one of the reasons why we've set up the review of Pharmac and its decision-making - is that they are agile, responsive and can actually make good decisions quickly so that they can embrace new technologies when they are available."

Advocacy group Patient Voice Aotearoa is appalled Pharmac is considering abolishing the rule and is calling on the minister to intervene.

But Little said he could not do that because Pharmac was set up to be specifically independent of politics.

He had sought assurances through officials that every drug that was currently available for cancer treatment of children will continue to be available.