Doctors are being inundated with requests from over 65s who thought they could get their vaccine from this week - but can't. 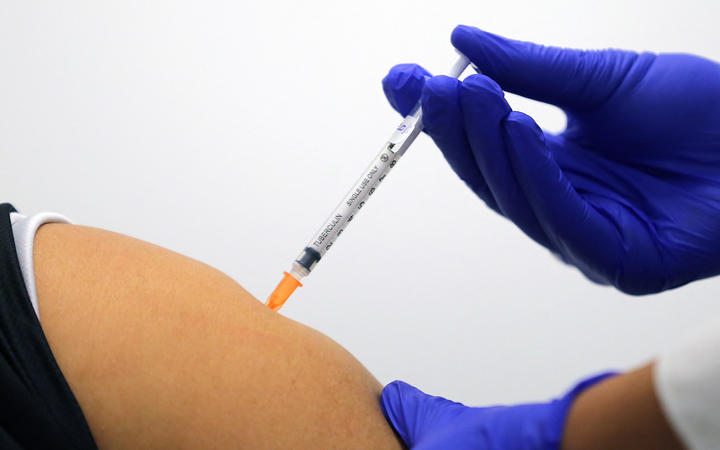 The government's roll out plan says group 3 will be vaccinated "from May" - that is over 65s who do not fall into earlier groups, and people with conditions that make them more susceptible to Covid-19.

But the Ministry of Health says for most in the group of 1.7 million, the call-ups would not begin until the end of the month.

Auckland GP John Cameron said his surgery was flat out doing flu jabs and almost everyone was asking about Covid-19 too.

There was a lot of confusion, with many understandably assuming being eligible "from May" meant from the start of the month.

It was frustrating that most GPs knew little more than their patients did, he said.

His surgery was considering sending out an expensive all-patient text.

"Just to say, 'guys, we will let you know as soon as we know but we don't know at the moment'," he said.

Other GP surgeries from Auckland to Invercargill have told RNZ they have also been overwhelmed with requests.

But he said there was still confusion around how much of the vaccine they would get, where, and how it would be distributed.

"The details are still very, very hazy, which is why I go back to my colleagues about the next six to eight weeks, just really does need to be clarified. It needs to come online and we need to know exactly where we're going with this."

Betty advised GPs to prepare as they would for flu vaccination shots while they wait for more details on the vaccination roll-out.

Every DHB was doing things differently - with the ministry setting the overall strategy.

In Northland, for example, they were already rolling out to over 50s.

Gisborne-based Tairāwhiti DHB said it would do entire small, remote towns at once regardless of age.

For example, if a whānau brought a kaumātua and kuia in to be vaccinated, and the younger members were ready too, they would try to do them at the same time, he said.

Dr Cameron said, to vaccinate as many people as possible, it was best to avoid missed opportunities.

If a nervous person or someone who did not visit often was in a surgery, that was often a great chance to give them their shot, he said.

Grey Power said official communication for those over 65 about the Covid-19 vaccine roll-out is poor, and it was causing confusion.

She said often people over 65 preferred to rely on written information rather than having to go online and the pamphlet was inadequate.

She said the information on the website regarding the situation for over 65s was clearer but it was quite complex and necessary to go to multiple links to find what was needed.

Miller said there was no information in the pamphlet about whether the flu or the Covid-19 vaccine should be given first, nor about how long the gap should be between the two vaccines.

Pharmacy Guild chief executive Andrew Gaudin said the IT system which pharmacies used should be integrated with the Covid-19 immunisation register soon.

"We are concerned that if we are putting time into administration we are not actually putting time into the thing that matters, which is the delivery of the vaccine and getting more patients through," he said.

"The ministry is assuring us that they are working on that quickly and promptly and we're really pleased that they're saying that but we want to see that deliver."

Gaudin said a national booking system was still being set up and was likely to be ready late this month or early June. But he said pharmacies needed more details from the DHB about the process.

"We need to utilise all of the workforce, all of the qualified vaccinators. In fact the demand is such that we need a surge work force above and beyond what we've got in the existing system."

In a statement, the ministry's Covid-19 immunisation director, Jo Gibbs, said the rollout plan was a guide and she expected DHBs would have started to vaccinate those in the general over 65s group by late May.

Most people would receive an invitation but they would be staggered, she said.

Under the government's roll out plan, everyone under 65 not covered by other groups is likely to start getting their vaccine in July.