Locked in cells, physically, sexually and emotionally abused: a man tells the Royal Commission of Inquiry about his life in state care from ages nine to 15. 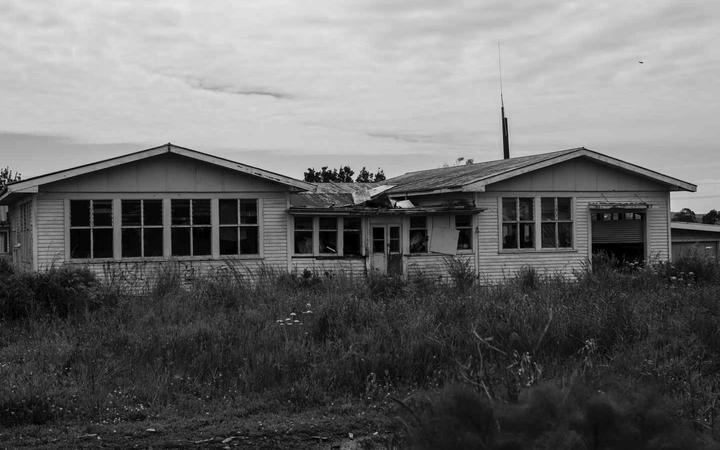 Kohitere Boy's Training Centre in Levin was one of the main welfare institutions that has been the subject of complaints. Photo: Aaron Smale/RNZ

A Samoan man, X, 63, has given evidence to the Royal Commission of Inquiry into Abuse in Care at its hearing in Auckland this week focusing on abuse and neglect of children in residences run by the state, such as homes for boys and girls, and in family homes where children were fostered.

He ran away many times but ended up being returned each time and at no stage did anyone ask him why he was constantly running away.

"No social worker, no one. As far as they were concerned I was a ward of the state and the government owned us. That was what we always used to say, 'the government owns you now' and how true that was."

At home, X had suffered many beatings and other violence from his grandfather and other family members before ending up as a state ward.

On arrival at Ōwairaka, he was immediately placed in its secure unit for a few weeks.

"Don't tell me they never ever lock up children in prison. These [secure units] were cells. The same as Mount Eden, the same as any other prison."

He said it was solitary confinement. A steel bed, concrete walls and absolutely nothing to do. A shower once a week if you were lucky.

"I really thought I was going mad. At times I wanted to die because your mind, you don't talk to no one, you are by yourself, you sit on your bed. You know what that does for a child?"

As a punishment, X was forced to use a toothbrush to clean the toilet.

"Then they made me brush my teeth with it."

He said physical abuse was rampant.

X described it as having rotating turns of being abused by staff members for their amusement.

One time he said he was raped, and sodomised with a bottle in the shower by three staff members.

X said he contracted a sexually transmitted disease while in the secure unit and was never given medical treatment.

"I was in pain for about three weeks and they wouldn't let me see a doctor because they would have to do a lot of explaining."

He said it cleared up but the effects have been lasting.

"The impact for me was I can't father children and that saddens me."

Another punishment given to the boys was being made to stand on a bucket all day.

"If you fell off you would start again but you would get a hiding first."

He described the times he ran away as perfect.

X said he never saw a social worker in his life while a state ward. His file, which he finally saw as an adult, made him cry.

"They tell lies. Who are these social workers? I've never met them, I've never talked to them and yet they are writing all this bullshit about me."

He said racism was rife in state care.

"Staff used to tell me nobody wanted me and other things like, 'you are useless, you should go and kill yourself'."

X stopped being a state ward at the age of 15. He was dropped off at the railway station.

"I was just left there. Told I'm no longer a ward of state."

He said he was not given any help in what to do next.

What followed was borstal, prison, mental health issues and a loss of connection with his culture.

"This is the penalty I have to pay every day of my goddamn life. You don't know what it is to wake up now and jump out of bed sweating, tears in your eyes and think that you are still in that shit hole. I still get that and I am angry and I'm pissed off."