Analysis - The faded yellow structure looks so uninteresting, so uninviting and so forgotten that for a moment you think you've arrived at the wrong place in the Hutt Valley, north of Wellington. Turning into the driveway, however, you realise that impression was misleading. 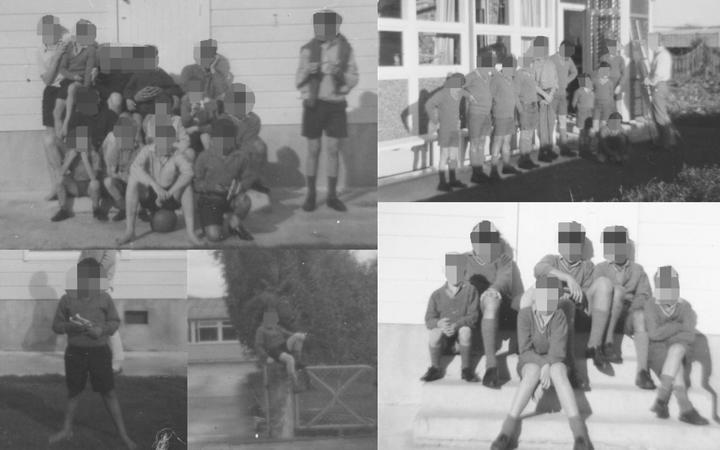 Scenes from Epuni Boys' Home in the Hutt Valley, when it was in operation. Photo: Supplied

Though the deliciously cold day is only just breaking, this curious little residence already buzzes with activity as dozens of boys rouse themselves on the watch of various supervisors, one of whom carefully unlocks the front door and waves you in with a grunt.

Among the more striking things that a visitor from the mid 1970s might notice about the young inhabitants of 441 Riverside Drive is the uncharacteristic silence of the 42 or so kids it typically houses, which is all the more notable because their oddly monastic activity each morning is ironically set against the jaunty sounds of a radio system whose wiring runs like a Zen arrow throughout the three wings and the various passageways, one of which leads to a cellblock housing up to four more boys.

In deference to the chill, perhaps, or more likely out of security concerns, all the doors and windows will be locked as the radiator pipes along the main hallways gurgle away and the first of the silent human traffic begins to move. The warmth, that's also what hits you, the warmth and the smell, a full-on reek of overripe vegetables and salty male adolescence and the gluey chemical solutions used for the eternal floor cleaning routines that come at you in waves.

Also of immediate note: The skin colour of those before you clad only in towels and socks, now yawning and scratching themselves with tattooed hands and rubbing sleep-putty from their eyes, standing in the doorways of their little cubicles. Brown faces galore.

When they speak, it is with the choppy cadences of the streets and gangs, flecked on occasion with heavily gesticulated te reo. But silence is as big a deal here as what any tiwai has to say.

Thus the next item on the day's programme, the first of heaven knows how many line-ups in an old courtyard. Here, the boys stand in three silent lines grouped by age, either at ease (arms loosely at sides) or to attention (hands clasped behind back, legs slightly apart, chin facing upward) until the supervisor is satisfied the exercise has been correctly completed. Perhaps the housemaster, as these attendants are known, will dismiss the kids quickly and let them get on to breakfast; perhaps he'll shake his head and keep them standing on line until they get this thing straight. Depends. It can be daunting, this most common of every day's super-scheduled correctional exercises.

But that's the way these places run - or rather, as New Zealanders are slated to learn afresh this week, used to run.

Welcome to 441 Riverside Drive, Lower Hutt, circa 1975, better known to a generation of boys and teenagers as Epuni Boys' Home - and, until this month at least, something of a fading memory for the thousands of kids and staff members who once occupied it.

The infamous state-run residence will be among the major places of interest in the latest round of public hearings in the Abuse in Care Royal Commission of Inquiry, which runs this week in Auckland.

For the first time, the inquiry will specifically be homing in on the subject that was always meant to be the cornerstone of its work: The actual residences in which thousands of kids were housed over the half-century in which the old state-run system operated.

In addition to Epuni, the commissioners will hear about Kohitere Boys' Training Centre and Hokio Beach School - both located near Levin - along with Ōwairaka Boys Home in Auckland, and the Bollard and Kingslea Homes, in Auckland and Christchurch respectively. Also slated for discussion are Moerangi Treks, the benighted Whakapakiri Youth Trust that operated on Great Barrier Island and various family homes from around the country. 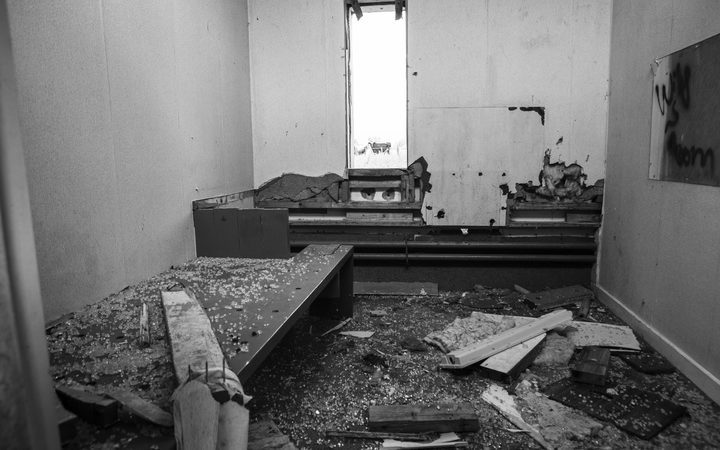 The remains of a cell in a segregation unit at the now derelict Kohitere Boys' Training Centre, pictured in 2017. Photo: RNZ/Aaron Smale

Today, for instance, the hearing will hear from Toni Jarvis, a onetime resident of Cherry Farm where he was placed with adults at the age of nine, before been shunted off along the winding road north of Wellington that led to the Hokio Beach operation. He was deprived of any meaningful education. The experience meant lost career opportunities, mental health issues and hitting the bottle.

The education angle here is certainly important, albeit for an inquiry that hasn't exactly gone out of its way to gainfully employ former state wards. Just as important, though, is the opportunity it allows for the wider public to gain a more specific understanding of what these old places actually were.

This last point is well overdue. The royal commission has been running for a couple of years now and another 12 months or so before that was spent hammering out its finer details.

Add to that the many years in which the subject was a matter of sometimes intense political debate and media scrutiny, and that's the better part of a decade in which virtually everyone involved in the wider national discussion has been exercised about a matter about which they have no concrete understanding.

In the conversation and media coverage to date, it's as if the residences themselves have figured as almost ghostly spectres, the known settings for mistreatment and even crime, to be sure, but the specifics of what they might have looked like or how they were practically run generally remains a mystery.

What did these places look like - the endless corridors, the tiny bedrooms, the sloppy food? How did people inside them spend their time?

Broadly speaking, we know the more dramatically tragic details of the stories of those who worked and lived in these places. The more detailed sense of what these places were like has become more and more elusive, so hard to recapture as each year passes and specific memories naturally fade.

This week, more than 30 years since the old place closed its controversial doors for the last time, and the better part of a half-century since the morning just described, some welcome specifics may finally start to be written into the public record. It will be a welcome chapter.

* David Cohen is a Wellington-based journalist and the author of Little Criminals: The Story of a New Zealand Boys' Home. He supplies regular analyses of the Abuse in Care Royal Commission for RNZ.