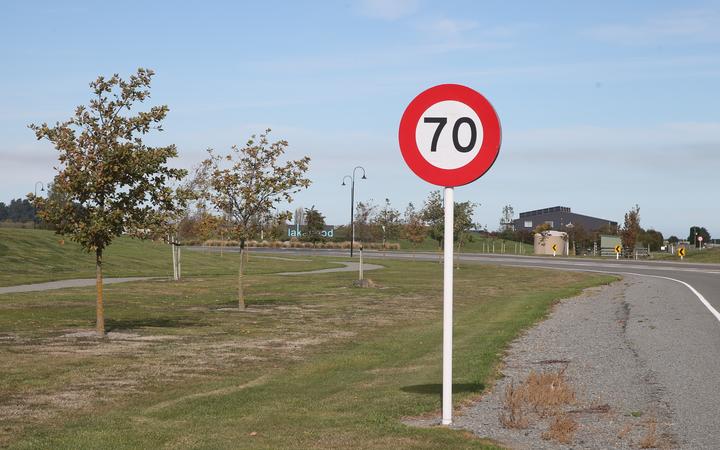 Several speed limit changes will come into effect at Lake Hood near Ashburton at the end of the month. Photo: LDR / Adam Burns

Fifty roads across Ashburton, Lake Hood, Lauriston and Lakes Camp/Clearwater will undergo revised speed limits later this month, following a council-led review, which raised questions around dozens of roads on the outskirts of the district's towns.

It is the second round of changes following the review, with roads in Tinwald, Fairton, Mt Somers, Mayfield, Methven and the Ashburton Business Estate areas adjusted in December.

It is the first roading overhaul of its nature in almost a decade.

The Ashburton District Council recently confirmed which roads would be affected by the latest changes (PDF).

"With the help of residents, we were able to identify areas where the limits just aren't as safe as they should be anymore. These new speeds will rectify that and help to ensure residents can get to their destination safe and sound."

"[We're] satisfied with the first stage of the speed limit changes project.

When asked if there was an element of complacency among motorists, the council said that was a matter for police.

"As the district continues to grow, traffic is increasing and therefore drivers need to be vigilant," McCann said.

"Intersections and roads in general are busier, wider heavier farm machinery are in use and trucks can now be over 60-tonne.

Police were invited by council to comment during the review process.

When asked if police had taken part in discussions, McCann said police had recommended a 60 km/h limit on Lake Hood Drive, as opposed to the proposed 80 km/h

The latest changes will come into effect on 30 April.