Opinion - Speculation about the National Party's leadership has died down after a fortnight of rumours and overt positioning by supposed challengers to Judith Collins. She lives on as leader for a bit longer, and Christopher Luxon and Simon Bridges have been put in their place.

National now desperately needs to focus on the more substantial issues in rebuilding their party as an alternative to Labour. 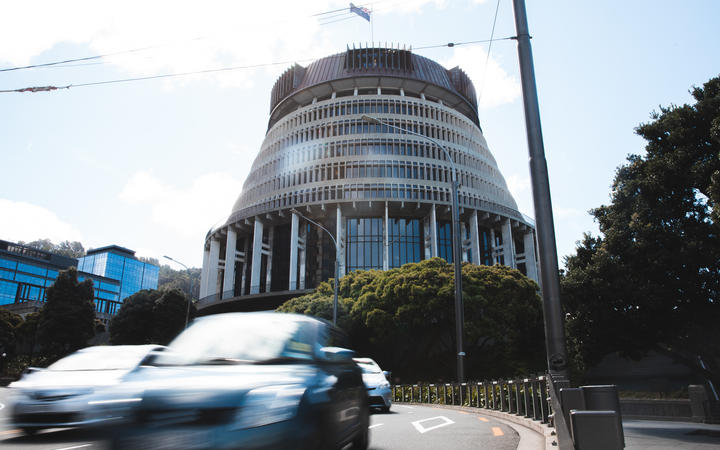 Following on from my own column, National Party leadership: Does Luxon have what it takes?, the idea that Simon Bridges might be positioning himself for the top job again was brought to a head by The AM Show host Duncan Garner. He reported that the former leader had told him off-air that "I'll give her as much support as she gave me, as the leader", referring to Collins.

Garner declared that "the 'dump the leader' narrative had taken hold", meaning that Collins' downfall was inevitable. However, he didn't see Bridges coming out on top: "I think the winner will be first-time MP and former Air New Zealand boss Chris Luxon."

Similarly, long-time National loyalist and Bridges' supporter Liam Hehir wrote on his Patreon blog that as a result of all the speculation, Luxon "has acquired an air of inevitability about him".

According to Hehir, all the speculation is self-fulfilling: "At a certain point in politics, things like leadership talk take on a life of their own. There is nothing more valuable than becoming the expected outcome, because it greatly reduces resistance on the part of those making the decision." Furthermore, Luxon's clear ascendancy would scare off any other possible contenders.

However, he did follow this up with an attempt to be more definitive, declaring he had no desire to take back "the worst job in New Zealand" and "I don't want to be the leader of the National Party - I don't know how many times I can say it". 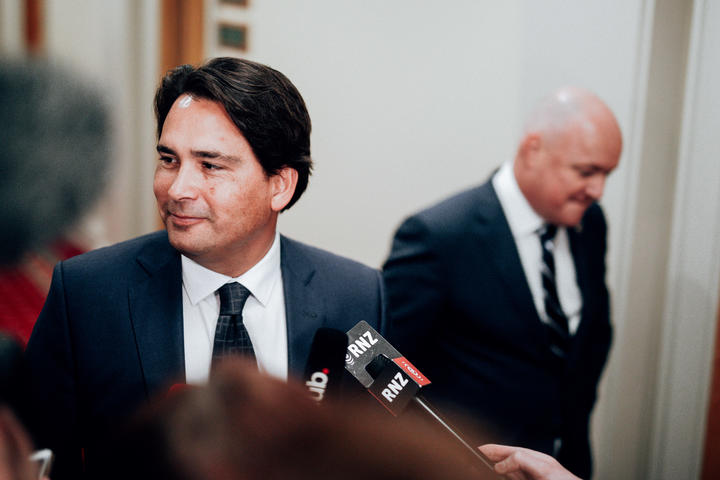 Nonetheless, commentators have been very critical of the perceived ambitions of Bridges and Luxon, with Heather du Plessis-Allan arguing that their openness is hurting their own party. She said Collins needed to go before the next election, and Luxon should become leader, but this should happen cleanly and without the current intrigue.

Here's her key point: "They are cementing the impression that National is a cot case. A party with smell of disarray this strongly about it will not be elected to government. The best outcome for National is that Collins quietly hands over to Luxon at some stage, not during the disruption that the pair is causing. So Collins is right to tell them to pull in their heads for their own sakes, if they want to be successful when they have a go at an election."

Du Plessis-Allan followed this column up on Sunday, saying that all the leadership rumours were overshadowing the few wins and solid work being done on issues like housing and MIQ deficiencies.

Once again, in this column her case was made that Collins would need to go, and there was logic in a Luxon/Bridges leadership combo: "It'd be a unity ticket. Luxon would be seen as a peacemaker, Bridges would bring his political instinct." However, Bridges' display of disloyalty and Luxon's clear inexperience makes this all questionable.

Luxon's lack of hits is especially notable for du Plessis-Allan: "He hasn't scored any political wins of note. He doesn't appear to have even asked a question in the House yet. It's not as if he's short of fodder. He's got the local government portfolio, and councils around the country are in disarray, running out of money and running down their infrastructure." 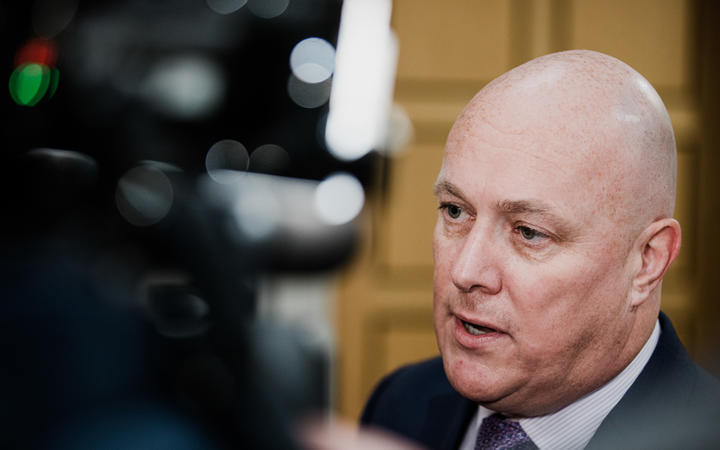 Fellow Newstalk ZB broadcaster Mike Hosking was even more dismissive of Luxon's track record: "Luxon might be a genius - but we don't know that, because he has barely unpacked his lunch box ... Just turning up isn't a qualification. If the Nats have decided it is, then they deserve everything that's coming to them". Hosking's advice to National is "patience, my friends", because "a few months after an election is not a time to panic and roll people".

The ill-timing of a leadership change was also discussed by Ben Thomas, who said Luxon and Bridges would be wary of taking on the leadership too early: "Both men are ambitious, and aware of the dangers of getting what you've always wanted but at the wrong time. Would it be better to take a shot at the country's most popular politician, Jacinda Ardern, in the 2023 election, or swoop into the leadership after a loss?".

Thomas also stressed how "destabilising" the leadership change talk was for the party, and doubted that either of the supposed challengers were likely to be "a saviour". Bridges was viewed as disloyal. And "Luxon has been dubbed 'the new John Key', but, with a CV of business accolades, adoration from the lay party membership, and no record of political experience or achievement, at the moment he sounds more like the 'last Todd Muller'."

These leadership issues were clearly making the already fractious atmosphere in the National caucus even worse, it seemed. Newsroom's Jo Moir talked to various unnamed National MPs, who pointed out just how poisonous things were. The key quote from one MP, about the various leadership spills of last year, is: "When poison gets into the system it takes a while to get it out."

Other interesting quotes include: nothing would change "until some in the caucus work out they're not the leader and are never going to be again", and "We won't be in government in two-and-a-half years' time if we carry on like this".

In terms of the timing of a leadership change, Moir reported "the consensus seems to be that it is too early for those sorts of conversations, and a more suitable time would be later this year or next."

Former National Party staffer Matthew Hooton has written a "letter to old friends" in the form of a column in the NZ Herald that warned the party to focus less on the leadership question, and more on what the party stands for. Of course, he also issued a necessary disclaimer, due to his own involvement in supporting the Todd Muller leadership change: "Having imprudently got myself involved in National's leadership shenanigans last year, its supporters may doubt my judgement". 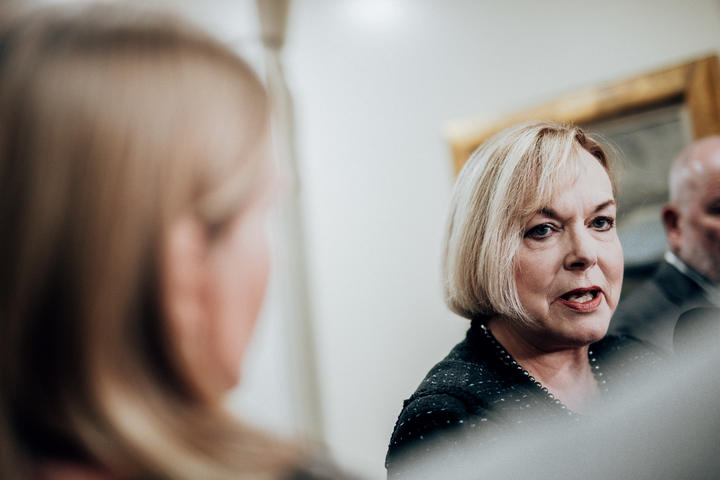 Hooton's paywalled column is a must-read on the state of the National Party, and he issued scathing critiques of the current players, of course. Bridges' recent statements were described as "vandalous" if intentional, or "incompetent" if accidental. Luxon's attempts to be John Key 2.0 were lampooned as futile and pathetic, with the advice that he should develop "his own political brand and skills. And those would need to be as different from Key as Key was from Brash, or Jim Bolger from Robert Muldoon. Prime Ministers don't get elected because they remind voters of their predecessors."

Collins was subtly painted as hollow as she had turned out to have a "much less stable ideological framework and policy roadmap than assumed. It made her not quite true to brand". But she should stay in the job for now, Hooton said, because to have Luxon take over "just six months after he entered Parliament would open National up to further ridicule, and risk another failed leadership".

The problems are bigger than the fact that National lacks any obvious leader. Hooton argued the party is in a worse position than in other recent times: "The party is in much worse shape than in 1985 or 2003. Back then it had at least achieved outstanding intakes in 1981 and 1984, with more to follow in 1987. In 2002, three future leaders joined its team - Brash, Key and Collins - and more talent was on its way in 2005. At the same time, MPs had their heads down, thinking seriously about the sort of party National needed to become."

Hooton painted a picture of a party simply not up to the task of rebuilding and working out what it should stand for, contrasting the current MPs to those of the past who were capable of intellectual self-critique: "No such debate is possible in today's National because, with some exceptions, the MPs the party sends to Wellington lack the life experience, background knowledge, intellectual resources, personal inclination and social networks to even have them. They have no idea what a post-Key National Party might look like, or even why that issue needs to be addressed. They are preoccupied with themselves and events in Parliament, oblivious that no one cares. They do not know how to think about a problem, spend the necessary months deeply engaging with those working on or affected by it, reviewing ideas about how to tackle it, and then designing an effective and hopefully popular way to fix it. Mostly, their policy gets bashed out a day or so before it is announced, or is just picked up from some Wellington industry group."

None of this was likely to change, Hooton said, because of the inherent arrogance of those in the caucus: "They nevertheless remain very sure of their own cachet in society, especially in their local Koru Club. They are correct that Jacinda Ardern's government is comically incompetent, but inexplicably think they are equipped to do better."

Hooton wasn't the only one saying that National needed to focus on the substance rather than the style. Peter Dunne recently argued that National needs to sort out what it stands for before it thinks about leadership.

Here's Dunne's key point: "Is it a traditional liberal/conservative party as it was in its recent successful heyday, or is it morphing into something else? A hard-line law and order party of religious and moral conservatives? Or just a paler version of the modern Labour Party? At the moment, National is showing at different times and to different audiences contradictory signs of trying to be all of these things, leaving its message looking confused, constrained, and half-baked."

Earlier in the year, Dunne wrote something similar, focusing on National's political history as "an awkward amalgam of rural conservatives and urban liberals", suggesting that this winning combination had fallen apart. Part of the problem was an influx of a new element: "Its liberals and conservatives are still there, but have been joined in recent years by a new strain, the evangelical Christians, which is shaking the previous comfortable urban/rural, liberal/conservative partnership."

Conservative political commentator Monique Poirier was also pondering what the National Party now stands for, and was critical of National's lack of policy or differentiation from Labour. She said the answer was for the party to focus on creating new policy (a "blueprint"), because "without a plan, you don't deserve to be in government".

Plus, having a solid policy programme "would show the public that National was once again a credible alternative. Secondly, it would actually be able to reap the rewards (once elected) of seeing the results of major policy much earlier in its term." However, she added that the new programme "needs to be one that can withstand a leadership change. Policy shouldn't be decided on a whim based on who is leader at the time".

Finally, for a satirical overview of the recent history of a party searching for a way forward, see my new blog post, Cartoons about the National Party since the election.