Drivers of heavy trucks are using damaged bridges on back roads near Ōhakune despite warnings from the council. 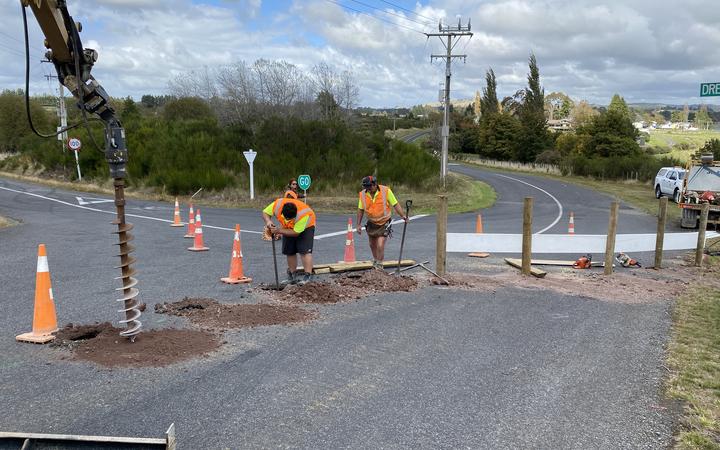 Chicanes are being installed at the Ruapehu Rd rail over-bridge to help limit the size of vehicle that can cross over it. Photo: Supplied / Ruapehu District Council

As a result, Ruapehu District Council was installing compliance monitoring cameras on the Ruapehu Rd and Mangateitei Rd rail overbridges between Ōhakune and Rangataua.

The council said the two old timber bridges both had "failing components" and had clear signage alerting drivers to restrictions.

However, reports of overweight trucks using the bridges have been routinely received by the council.

The Ruapehu Rd overbridge should only be used by cars and utes, while the Mangateitei bridge has a higher 70 percent weight restriction, it said.

Further restrictions to the Mangateitei bridge may be in place in the future, with bridge engineers currently assessing its capacity.

"It is very frustrating that drivers are continuing to ignore the weight restrictions and putting themselves and others at risk, especially with both bridges crossing the main trunk railway line and having alternative routes available," the council said in a statement.