A hospitality worker says the workplace culture for her industry needs to change and workers should stay connected to achieve that. 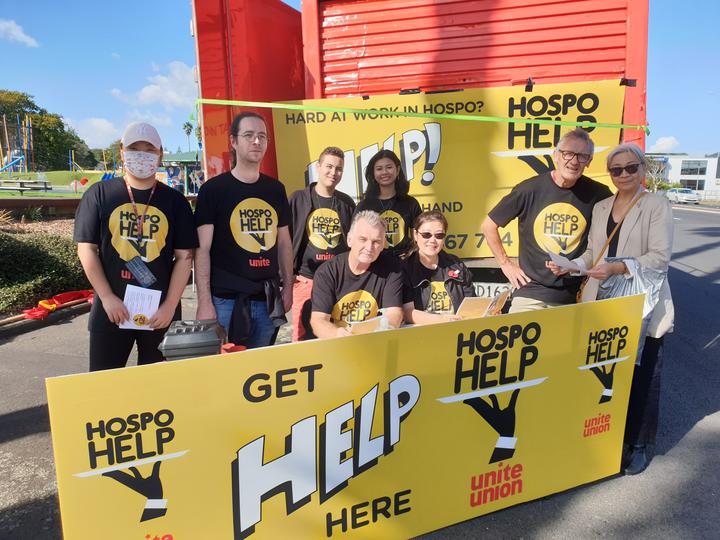 The first of a series of mobile clinics run by the Unite Union. Photo: RNZ / Liu Chen

The Unite Union, which represents workers at hotels, casinos, cinema and fast food outlets, is running mobile clinics across the country as part of its "Hospo Help" programme to educate workers about their rights and offer advice.

It says since the first lockdown, it has been constantly contacted by workers who know they have been treated unfairly, but do not know what to do about it. The problems include illegal pay cuts, no or few guaranteed hours, cancelled shifts, and a lack of sick leave and rest breaks.

At the first clinic on Dominion Road in Auckland on Friday, volunteer for the union, Kantima La Ong, said apart from that, she also experienced harassment and bullying at a previous job as a waitress.

Now 22, she said she started to work in hospitality when she was 16. She said it is especially important for young people who are new to the industry to be aware of their rights.

"A lot of them come into the industry and they don't really know how they're supposed to be treated or what are their rights and how it's actually meant to run, so they accept everything that's given to them by the industry or the managers," she said.

"We're here to educate and give information to people who are new to the industry - that's good for the future, but I also want to help change the culture and the stigma around hospitality for people who are already in it or people who've worked there for a long time and they've just come to a point of just acceptance but it shouldn't be."

Ong said people should not be afraid to speak up.

"I think hospitality people have to stay connected and talk to each other. I feel like we're quite divided. You have so much power within yourself already and so much more as a collective. In the workplace, talk to each other, talk about the issues, come together and work it out together." 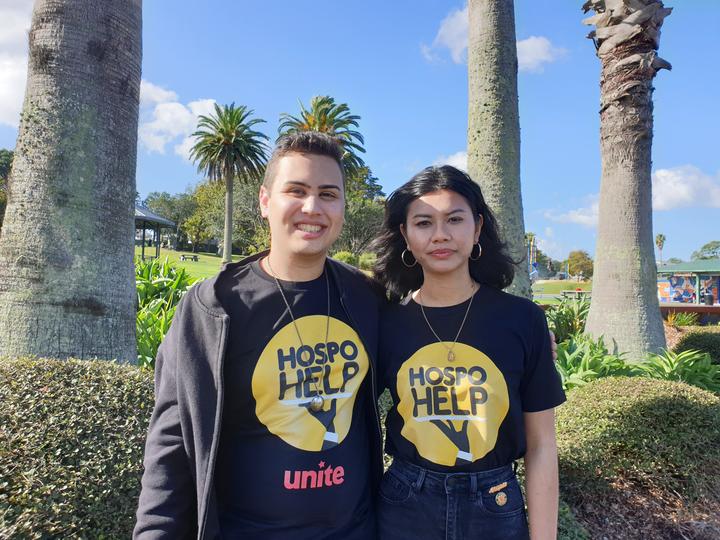 A co-president of a union, who works at McDonald's, Xavier Walsh, said hospitality is hard work. He said he was not allowed any sick leave, annual leave or breaks at a fish and chip shop he worked at a couple of years ago.

"A lot of people seem to think that hospo isn't a hard job. It's low pay and therefore low effort, but that's not true at all. You're like running around, you're on your feet all day or you're always doing something so it actually can be quite stressful."

He said workers should look out for one another for any rights breaches.

"If something doesn't feel right, it's probably not. You should look out for your rights, take action and be proud in your work and get what you deserve - that means getting your legal entitlements."

The union's assistant secretary, Gerard Hehir, said the clinic is an opportunity for workers to come and ask questions to obtain independent and practical advice.

"It's not complex legal issues, it's simply that the law says this is what should happen," he said.

"There is some very basic stuff. That's what we're aiming to educate and encourage people to stand up for very basic rights to improve their situations, which have got a lot worse in the last year as a result of the pandemic."

An advocate at the union, Julia Liu, said migrant workers can find services in their own languages through her union and other organisations.

"Just don't keep silent. Be brave. Stand up and get your justice," she said.

Hehir said the union is planning to run the clinic at different locations in Auckland and other cities later on.