The close 'no' vote in last year's cannabis referendum has left Tairāwhiti cannabis growers and its isolated communities in a rut. 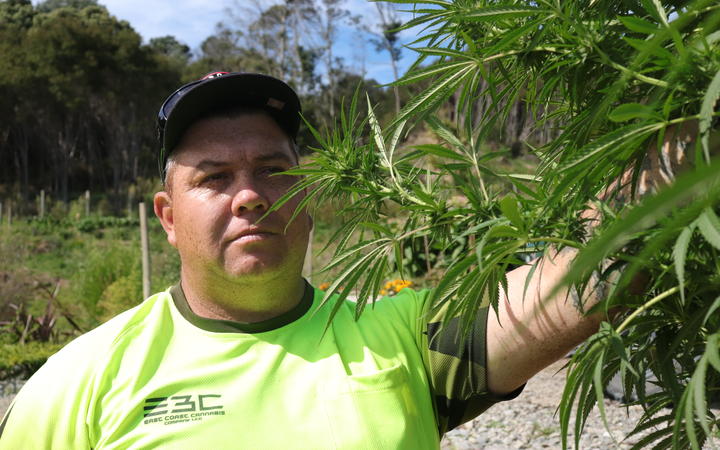 Porourangi Taiwhwhirangi of the East Coast Cannabis company say people look for a fix and if they can’t get cannabis, they could go for meth. Photo: Tom Kitchin

They say prohibition leads to more abuse of harder drugs and destroys opportunities for remote towns.

This comes as just yesterday, a high-powered group of 25 individuals and organisations called for a major overhaul of drug laws in Aotearoa, though the demand got little traction with Health Minister Andrew Little.

Hikurangi Maunga is the first place in the world to see the sunrise. It is a significant place to Māori and local iwi Ngāti Porou, as it is the resting place Nukutaimemeha, the waka that Māui used to fish up Te-Ika-a-Māui, the North Island.

Hikurangi is believed to be the first point to emerge from the sea when Māui caught the island with his fish hook, Te Matau-a-Māui.

Below the might of Hikurangi and its neighbouring Aorangi Maunga is Te Ahi-a-Te-Atua, or the fire of the gods, where natural gas flows through the land.

It is surrounded by pockets of legal cannabis plants.

One is managed by a former illicit grower Porourangi Tawhiwhirangi of the East Coast Cannabis company, who is trying to change the industry, and people's lives, for the better.

His journey to where he is now took time. His father worked as a staffer in the Beehive and his childhood was spent walking through the halls of power, but as a teenager, he was banished from his family and had to return to Ruatorea.

"Being banished from your family, you don't really go out asking for help, so you've got to really try and provide for yourself," he said.

"I met my partner and we started having kids, and I had to do something to help put food on the table, clothes on their backs."

He said growing cannabis helped his partner and children survive.

"First job I ever did here on the coast was working for a work trust that only paid $20 a day, and you'd get to keep your benefit," he said.

"So when you're sort of stuck in a rut like that, having a little side hustle of growing and selling cannabis can sort of just help things become a bit more easier financially."

As his children grew up, he did not want them to follow in his footsteps. So he made a change.

"It was a chance for me to either give up everything I knew and just keep working, follow my life that, or try and utilise those skills - two-and-a-half decades of skills and intellectual property - to try and help."

This is a change to help the community - all about manaakitanga. Now, he grows a lot of hemp at a farm outside Ruatorea.

One of the people at the cannabis patch was Ākau, who spent a lot of his time driving the buggy around the patch.

"Aw, it has its ups and downs," he said when asked about his role. 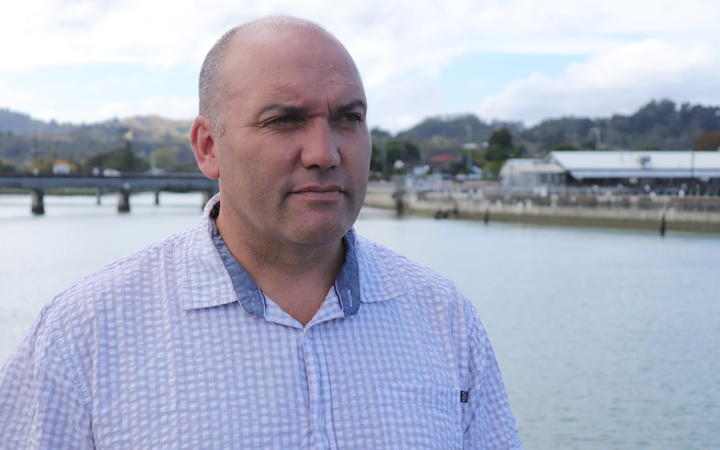 "One day it's too cruisy and some days you're working your arse off."

Ākau was a crayfisherman, but moved from the moana to the whenua.

Alongside the cannabis there are also vegetable plants for community use. On the ground in the cannabis patch, Ākau said the realities were undeniable - cannabis is used widely in the community.

"No use denying it's not part of our world. It is. I'm sure some of those fellas in that Beehive are on it."

Ruatorea is home to about 800 people, over 90 percent of whom identify as Māori.

Some say taking a hard line on cannabis is making it more difficult for the community, as it can lead to more abuse of harder and more dangerous drugs like meth.

Tawhiwhirangi said people looked for a fix and if they could not get cannabis, meth would often be the next option.

"We always hear these arguments that cannabis is a gateway drug, but it's actually an exit drug," he said.

He wanted cannabis to become legal.

He said while taxes could be hard to swallow for those who had been at it illegally for years and getting all the profit, tax should put money into communities. 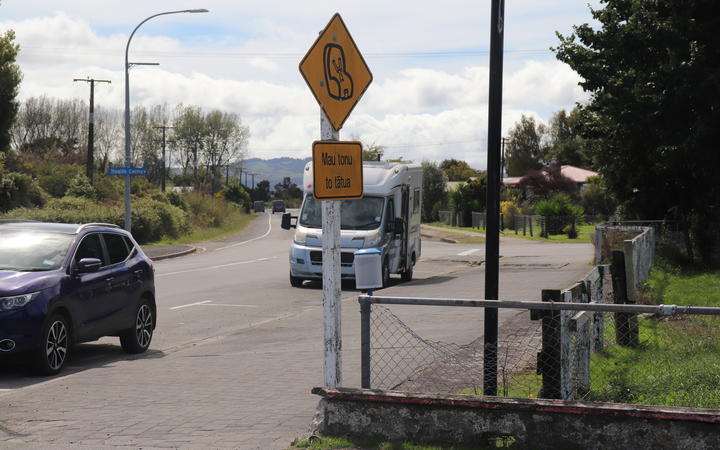 Ruatorea - Ruatorea is a small town north of Gisborne, where over 90 percent of the population identify as Māori. Photo: Tom Kitchin

"We can use that money to help our people, whether it be helping towns like Ruatorea and places up Northland that have been impacted by cannabis prohibition for decades," he said.

"We can use that money to put into the economy to help with drug rehabilitation, mental health, things like that."

Rua Bioscience is a pharmaceutical cannabis company based in both Ruatorea and Gisborne, and co-founder Manu Caddie said cannabis could be a way to develop the area.

"My co-founder and I had a goal, I guess, of job creation and economic development for Ruatorea," he said.

"Most of the whānau have moved away from the land over the last 50 years - small population, high unemployment - and we wanted to try and turn that around, some high-value industry rather than just logs and farming."

He said a 'yes' vote would have resulted in more opportunity for Ruatorea locals.

"It would've been more of the craft cannabis we see in a place like Canada and California. That would've created more opportunity for our whānau to participate, the barriers would've been lower to enter the market - the legal market - so that's a big disappointment from our perspective."

National Hauora Coalition co-signed the letter sent to the government demanding changes in drug laws, and its clinical director Dr Rawiri McKree Jansen said it was not fair that a cannabis conviction could easily ruin lives.

He said an overhaul would be doing right by Māori, who bore the brunt of drug use criminalisation.

"The justice system we currently have delivers all of those inequitable impacts on Māori, and I think we should change the way that we're doing it and get much better results for Māori but for the whole of New Zealand."