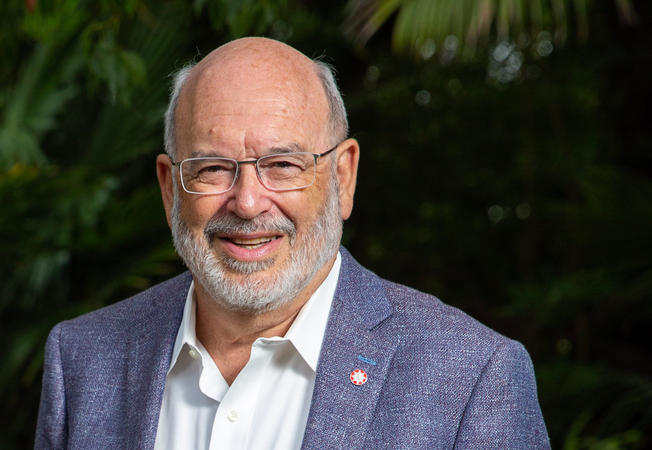 The report by Sir Peter Gluckman and Dr Anne Bardsley is titled 'Uncertain but inevitable: The expert-policy-political nexus and high-impact risks'.

Sir Peter, who is director at Koi Tū: Centre for Informed Futures, said the role of government was to keep its citizens, environment and economy safe.

And yet, he said, high-risk but predictable and inevitable events are often ignored by politicians and the policy community.

The report cites examples of the potential of a space weather event to wreak havoc on multiple, interconnected infrastructure systems.

Sir Peter said many high-risk events are foreseeable even if their timing cannot be predicted.

"We know these things would occur but it costs money and investment to prepare for them and it's easier to say 'oh it won't happen in our lifetime' ... so we put it off and if we keep on putting off things bad things happen."

Sir Peter said one reason they can be ignored is that no one gets credit for preventing disasters from happening.

"If you don't have the risk on the books - or in this case a risk-register - no one can hold you accountable."

He said politicians and people more generally tend to think about events in a short-time frame.

"Yet these major events will happen, they do happen and governments have the responsibility to prepare for them."

Sir Peter said it's evident that worldwide policy makers and experts identify the risks, but "there is a political resistance to making the choices that have to be made".

He said very few countries were prepared for the Covid-19 pandemic despite the fact experts had identified its inevitability.

Sir Peter said without a systematic approach something will be forgotten and the consequences can be large.

He said the report came after discussions with senior New Zealand officials and a lot of work is being done in New Zealand around identifying risks.

But Sir Peter said the work was not appearing in the public domain.

"Because of a simple fact because politicians don't like to be held accountable and accountability depends on people knowing what they're accountable for."

He said the mark of good governance is maintaining the long term view of your ultimate responsibilities.

"In the private sector accountability for risk management is very clear, in the public sector it's not so clear because of the electoral process."

The report suggests creating an independent national risk office in the Office of the Auditor General. The risk office would oversee and maintain a publicly available risk register and provide oversight of agencies' general approach to risk management.