A Feilding childcare centre investigated over claims of smacking children and feeding them mouldy food has lost its licence and is set to close. 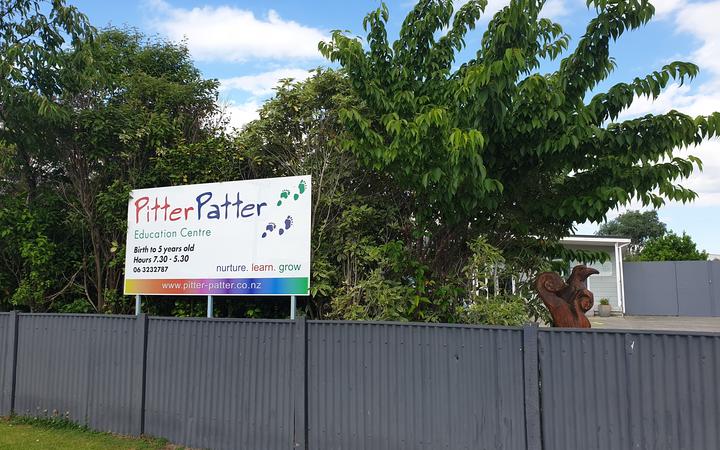 The Pitter Patter Centre run by Pauline Murphy has been under official scrutiny for four months and she was banned from the premises.

The Ministry of Education has now issued her with an "intention to cancel notice" for failing to meet regulations.

The owner of the centre then chose to close next Thursday, before being formally stripped of her license.

Former parents and teachers were relieved to hear the centre would not be allowed to operate anymore.

This story is not connected to the Auckland child care centres with the same name.

The centre has been under investigation since November when the ministry received multiple complaints about the way Murphy treated teachers and children.

She was accused of pouring disinfectant over children to treat them for lice, pinching them and yanking their wrists so hard staff worried they would be dislocated.

A ministry inspection revealed 33 breaches, including food being stored unhygienically and beds with no mattress protectors to stop them being soiled.

The centre was given until early this month to fix the problems.

But the ministry's deputy secretary, Katrina Casey, said it failed a final inspection because the food was still of poor quality and badly stored and there were too many safety hazards.

"The service did not satisfy those conditions by the final date for compliance," Casey said.

"On 19 March 2021, we advised the service of our intention to cancel the licence as the service was unable to demonstrate compliance.

One mother, who accused Pauline Murphy of hurting her son, was relieved.

"I am happy it's not going to continue, she wont be smacking any kids anymore and feeding them mouldy food or mistreating them like she did to my child," the mother said.

"I just feel like they swept it under the rug for far too long and now we've screamed and shouted about it, something is actually happening."

One former teacher said she finally felt heard, but it had taken too long.

"I feel relief that Pauline will no longer be able to be around the children or have anything to do with a daycare, however, I do feel like it should have happened sooner then it has.

"There are still so many people out there who think this is all lies and that disgruntled parents and ex-staff members have made this all up so I do hope this will make them all aware this was not the case.

"I also hope that some of the current teachers at Pitter Patter who were aware of a lot of what was happening now finally do the right thing and tell the truth and no longer continue to cover for her [Pauline Murphy]."

Former teachers and parents told RNZ the complaints of mistreatment dated back over five years, and various investigations by the ministry had not held her accountable.

They said she was rough with the toddlers and they went hungry because she strictly rationed the food.

Another ex-staff member said they were pleased to see the end of Pitter Patter.

"Pauline Murphy will now no longer be in the position to hurt children and use her power to bully and belittle staff and parents.

"It is a shame that this process has taken so long but in the end this is the desired outcome.

"Hopefully the current staff will now stand up and advocate for the children that have been in their care as Pauline will now no longer have control over them."

Pauline Murphy has refused several requests for comment from RNZ.

The ministry said there were 24 children currently enrolled at the Pitter Patter Centre and it would help families to find a new centre.

It believed other centres in the Feilding area had space to take the children who were no longer able to attend Pitter Patter.

The Teaching Council is continuing to investigate.