A theologian has pointed the blame directly at the hierarchy and structure of the Catholic Church for abuse by priests. 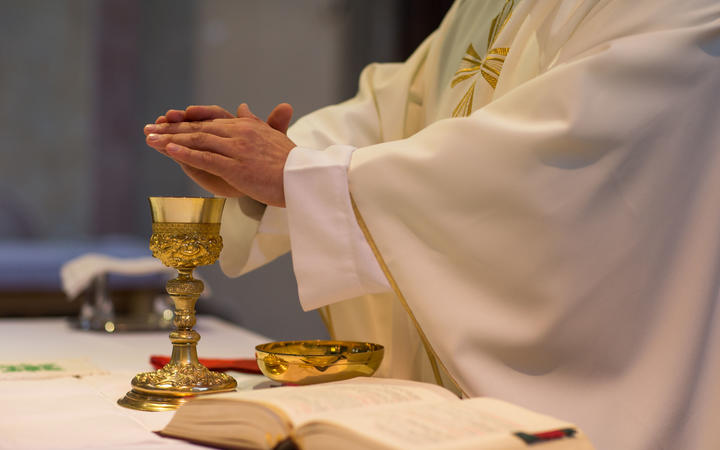 Dr Tom Doyle, who is a priest, canon lawyer and addictions therapist, has given evidence to the Royal Commission into Abuse in Care in Auckland.

He said the so-called mystic aura of a priest had given him super human status.

Dr Doyle, who beamed in via an audio visual link from the United States, told the inquiry priests suffered from what he called clerical narcissism.

Dr Doyle said rather than there being a few bad apples, the problem was the barrel itself - the church structure.

He said the reputation of the priesthood allowed clerics to become trusted and immersed with families, which led to the grooming process of young people.

''The seduction process of the youthful victims, who often don't even know what is happening. They have been raised to believe priests don't sin.''

He said in every case he knew of over the past 35 years, the victims had been stunned by what had happened, and it was then the priest played on his power.

Doyle said while celibacy for priests was seen as related to sexual abuse, the actual notion of celibacy was a bit of a fiction.

He believed, based on research that at any given time, about half of all priests were in a physical and intimate relationship.

''There are a significant number of supposedly celibate priests who are engaged in relationships, either a one night stand if you want to call them that, just to satisfy a sexual need.''

Doyle said the church's first response to an abuse complaint was calling a lawyer, but it should be entirely victim focused.

''One-on-one compassionate contact between the leader of the diocese or religious order and the victim. It takes time, it take effort, it's very, very painful, but these should be the most important people."

Doyle said the Catholic Church had failed miserably in dealing with victims of abuse.