Masterton business analyst Don French has become the first person to reach a milestone for mountaineering in New Zealand - ticking off the 100 Peaks Challenge. 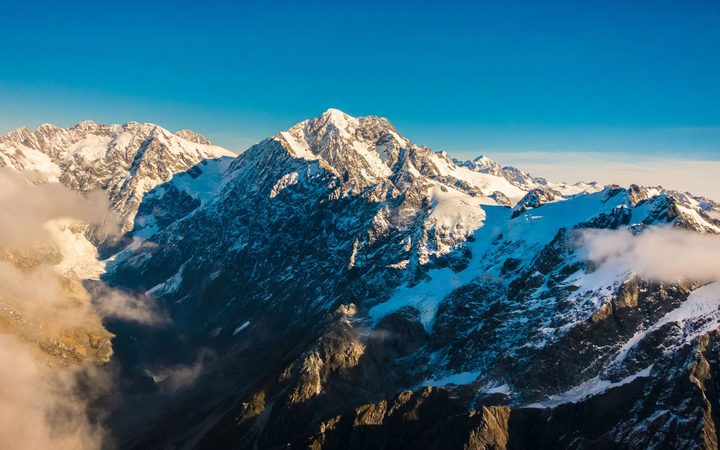 The challenge was unofficially set by New Zealand Alpine Club for Kiwi climbers 30 years ago.

A methodical, safety-first approach has served French well. It has taken him eight years to knock off the last five climbs.

It is a mission that's been a long time in the making - after a claim made while holed up in a hut due to bad weather.

"The alpine club had this challenge in '91 and during that year I sort of did a couple of ventures into the Southern Alps climbing some of the peaks and at the end of it we were on the way out to do another peak ... and we got caught by weather in a hut up the Havelock River ... for about three days.

"During that time, got to look at the (challenge) list and entertaining ourselves looking at the map of how you would climb them, etcetera, etcetera, and as a bit of a throwaway statement I said 'oh, I'll go and climb the lot'.

"So the next 30 years I've been having to live up to my throwaway statement."

French said after reaching the top of Mt Unicorn he allowed himself a "few seconds to smile and enjoy the moment".

"But when you're on top of a mountain you've only done half the job, getting down is the other, so you have to remain focused on the job and don't let yourself get too carried away with the situation."

It might have taken 30 years, but that's three years faster than French had hoped for.

"It would have been nice to have actually done it a few years earlier.

"One of the things I've been noticing is the mountains have been getting a bit steeper and a bit higher over the past few years."

As for what's next, French says there are "a hell of a lot of mountains out there".

"There's still no shortage of things to do."