Advertisements, Facebook updates, and emergency push notifications are just some of ways officials have tried to unite New Zealanders against Covid-19. 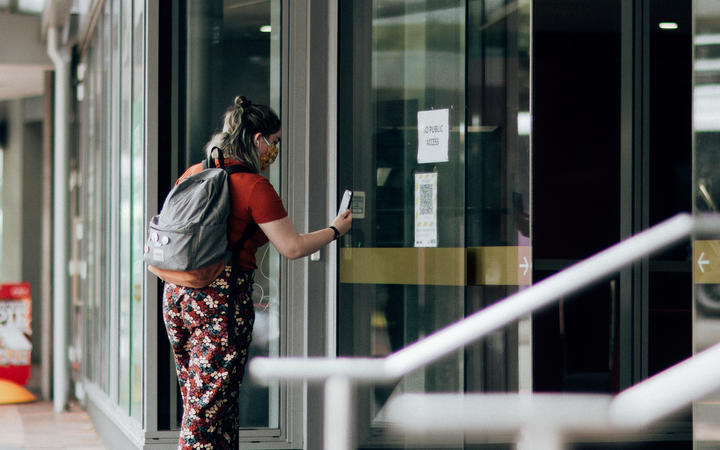 However after a number of people broke isolation rules before testing positive for Covid-19, some say those messages are not reaching the right communities.

Te Paati Māori co-leader Debbie Ngarewa-Packer said some rangatahi had told her the health messages are too long and are not landing on the right channels.

She said rangatahi across the board were saying they could not relate to the messages.

"Because they're actually not seeing anyone that is their age group, that they can affiliate with."

TK from Ngāruawāhia High School in Waikato said the government was doing a good job getting information out there.

He had seen a few advertisments on Youtube, but said communication was not always clear.

"Maybe just be a bit more explicit, just do something so that in high schools they could talk about it more maybe," he said.

"Or just to like really give a run down on the different requirements for the levels and stuff..."

Papatoetoe High School in Auckland was at the center of the latest outbreak, and its head girl Rhonda Nguyen said the school had been working hard to provide everyone with the most up-to-date information.

"Every single time there was a new update we would get like, an email, a Facebook update so we were well informed."

Nguyen had also seen Instagram advertisements from the government, but said she and others mostly relied on information from schools.

In response to criticism from some linked to Papatoetoe about confusing messaging, Director-General of Health Ashley Bloomfield said it had been clear.

"I think we were very clear about what the message was to the school," he said.

"And I think we can point to the fact that over 98 percent of students had a test...before they return to school last Monday.

"So I think it was very clear what the message was to the school community and what the expectation was, in fact the requirement was on students."