Two Wellington women have spoken out about their months-long battle with a gym they worked at after complaining a trainer had sexually assaulted them. 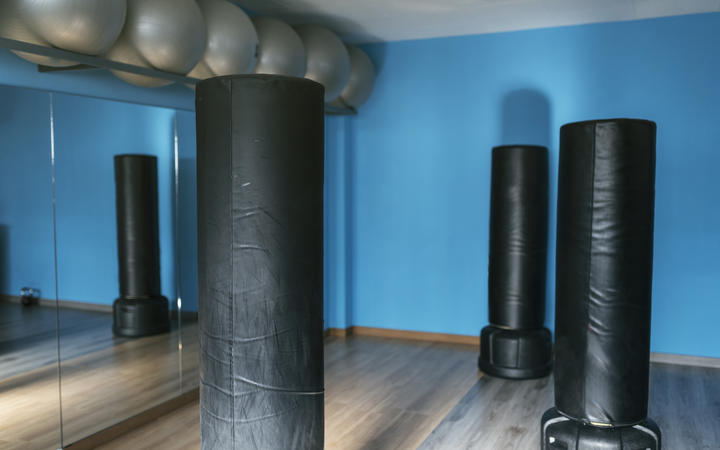 The women insist they have never received a direct apology from the gym. File photo Photo: 123rf.com

They said the assault happened in December but when they went to The Lion Pit's management they ended up being banned from the premises.

The gym owner issued a media statement apologising for the ban but the women insist he has never said sorry to them directly.

Earlier in the month, police confirmed it was investigating three reports of indecent assault following an incident in mid-December last year.

The women have been going to the gym since 2016 and had free memberships in return for running some classes.

It was during The Lion Pit (TLP) Christmas party where the women claim they were assaulted.

One woman described it as "wandering hands all over my body".

They allege it was persistent, the man followed them round, constantly touching all over their bodies and grinding against them.

The second woman says he cornered her in the bar and fed her shots to the point where she hid them behind her back because she didn't want to drink them.

He later allegedly offered her drugs, and she refused, but he kept pressuring her, until she accepted.

After she took the drug, she says he told her not to tell anyone he gave the drug to her and to stay by him.

This frightened her so she asked her friend to look after her.

Five minutes later, the friend said the woman blacked out.

"She looked not in a good state, like her eyes were f****d and she couldn't hold her bodyweight."

The 19-year-old got home safely with the help of her friends, but the following day the women complained to the gym's manager about what had happened.

They also complained to the police, and tried to get a drug test to find out what she had been given, but didn't make a statement until early January.

The Lion Pit launched an investigation into the claims, but a month later, said there was not enough evidence for any action stronger than a written warning.

One of the women said she was gutted with the result.

"As soon as they said he's got a warning I started crying.

"I wish I brought a support person because I wasn't in a state to accept anything.

"I was like 'this isn't good enough, this isn't what I want'.

"I said to her [the gym's investigator] three girls complained about him touching her, one was 17, one he drugged, and another was one of your trainers.

"None of us are okay with him taking classes there [at the gym]."

The gym instead chose to take action against the complainants, removing them from social media pages, group chats, eventually revoking their memberships and banning them from the premises.

They said it was a complete shock out of the blue which left them feeling "heartbroken".

In response one sent feedback on how to make the gym safer for women - she said this had been ignored for weeks.

The other complainant took to social media to air her frustration which the gym later said was their reason for the ban.

But the woman said there was nothing on social media until after she had been threatened with a trespass notice by TLP.

An array of social media posts prompted the police to ask people to refrain from jumping online.

And one of the women received a text from the police threatening her with arrest under the Harmful Digital Communications Act if she did not remove a post.

Since the outcome of the internal investigation in January, the complainants said they had been accused of lying, faced endless social media backlash and been re-traumatised and contacted by the man who they allege assaulted them.

The gym's own social media account lashed out at people who were backing the complainants and criticising its handling of the situation.

"Thankful we live in a country that has a legal and justice system in place and not trial by social media by a bunch of half-witted, gullible, imbecile sheep with no facts, context or evidence.

"The social media detectives and mob need to stop gaslighting and violating the legal process for complaints such as this. So take your scarecrow hats off and put your pitchforks down," it posted.

Both women who complained about the sexual assault also taught classes at the gym and had been involved there for years. They described it like family.

They repeatedly asked for meetings with the gym's management but were constantly put off until media made enquiries.

The pair were on Monday offered a face-to-face meeting on the condition they not talk to the media and stop posting online.

In a statement from TLP's lawyers the company apologised for cancelling one of the woman's memberships.

"It is true that we cancelled the gym membership of one of the complainants as a result of certain social media activity.

"This was done based on the understanding of the situation we had at the time.

" It has recently come to our attention that the complainant may not have consented to certain posts about her that factored into this decision.

"We want to apologise for making an assumption about her involvement and cancelling her membership without talking to her first."

TLP said it was comfortable not pre-empting the results of the police inquiry and "instead put proactive measures in place to enable the trainer in question to continue to work while we await the outcome of that investigation".

Both of the women said it was unclear which person they were apologising to.

They said they couldn't understand how banning them from the premises and cancelling their shifts could be seen as a pro-active measure which protected staff and members.

"He can still train there, he can still coach, he's still got his friends, he's got that whole space and like we've been kicked out.

"Our friends who have spoken out for us have been kicked out.

"In every way possible I feel like we've lost."

The complainants, lawyers and gym management are meeting today hoping for answers and an apology for their treatment.

If you have been affected by sexual violence and need support contact Wellington HELP on their 24/7 support line, 04 801 6655.