Principals are welcoming the Ministry of Education's move to electronically monitor the air quality, warmth and noise in new classroom blocks. 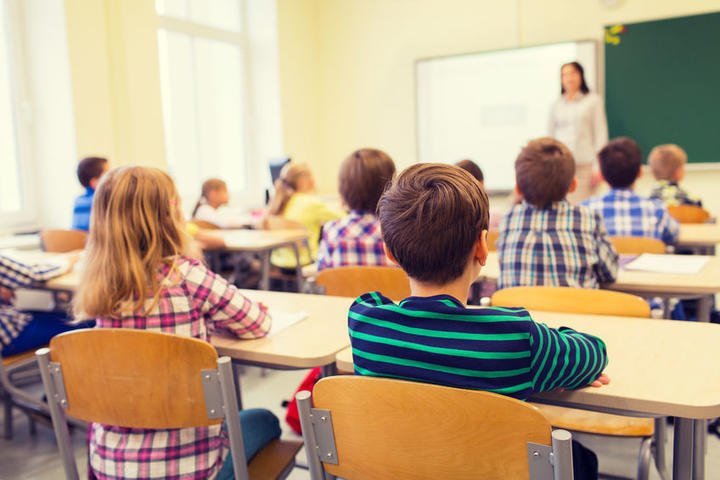 Some teachers and parents don't like the open-plan classroom blocks known as modern or flexible learning environments and independent post-occupancy assessments of the buildings have relied heavily on staff and student surveys.

Now the ministry will use electronic equipment to monitor new builds and provide hard data on their performance.

The principal of a recently-constructed school, Heath McNeil from Ormiston Primary School in Auckland, said electronic monitoring was a good move.

"These are large commercial buildings and we need to know how they're performing for the learners and for the educators that are going to be inside of them because we've had such an explosion of these types of buildings probably over the last decade at least," he said.

He said his school's buildings were constructed in 2014 and 2017 and noise had not been a problem because the rooms included good sound-dampening materials.

The president of the Principals Federation, Perry Rush, said data on modern classrooms would be invaluable.

"We must not just base judgement on anecdotal surveys, we must have some hard data," he said.

"Of course there is data that cannot be captured. You may capture noise, you may capture temperature but you cannot capture that distraction level so we must combine the anecdotal research with the hard data and get a much closer look at how these environments are supporting young people."

Rush said the buildings were often in fast-growing schools and some of the criticism levelled at them was due to overcrowding rather than poor design.

"In a situation where they are overcrowded it is very seriously concerning because that does place at risk young people's capacity to learn. They will be hot, they will be noisy, they will be very distracting and there's a significant number of modern learning environments that are confronting this challenge."

But she said the ministry was missing a big part of the picture.

"One of the rationales or the recent rationales for having these buildings is to change teachers' pedagogy and there's lack of research around whether the change in pedagogy is effective for student outcomes," she said.

"Making the buildings large spaces means that there'll be multiple teachers and many children within each classroom environment, therefore that changes the way you can teach in those environments."

Starkey said the ministry should be looking into how the modern buildings were affecting teaching and children's achievement.

"There needs to be research that explores the different pedagogies and what are the pros and cons to do with the student experience within those environments and the learning outcomes," Dr Starkey said.

"This fits with the current concerns around numeracy rates plummeting in the international measures and the literacy and the science, I think it's all part of that conversation."

McNeil said ideally schools should have a mix of different types of classroom but he was confident children benefited from having several teachers on hand in a large space.

"When I was teaching in a single cell class I could only be as good as me, no matter how many hours you put in or how many things you change you can only be as good as you. But when there's two or three other skilled educators with you it allows you to leverage off each other's strengths and learn from each other as an organic process of every day teaching," he said.

The Education Ministry said modern classrooms could be good for learning if the teaching style was aligned with the building.

Prefabricated classrooms the ministry is rolling out to fast-growing schools are warmer and have better air quality than traditional classrooms but are no better in terms of noise or lighting.

The ministry last year ramped up production of "modular classrooms" from nine in 2019 to 119 last year.

It has released to RNZ a pilot study of the environmental performance of one of buildings conducted in 2019.

The study found a modular classroom and a refurbished traditional classroom both had good lighting but the modular room performed "slightly better" in terms of temperature.

It said sound levels in the modular room were "slightly high" but were about the same as in the traditional room.

The ministry said schools notified the ministry of 43 defects with the 119 modular rooms delivered last year. It said the most common defect was missing or faulty door or window hardware.

It said the building programme was now able to provide modular rooms ready for use within six months.

Rush said the ministry's ability to provide a lot of the rooms quickly was critical for schools wrestling with rapid growth.

He said the modular rooms had good designs that made them flexible for schools.