It's clear people want gay conversion "therapy" banned now, the Green Party says, after members handed over a petition with over 150,000 signatures to parliament today. 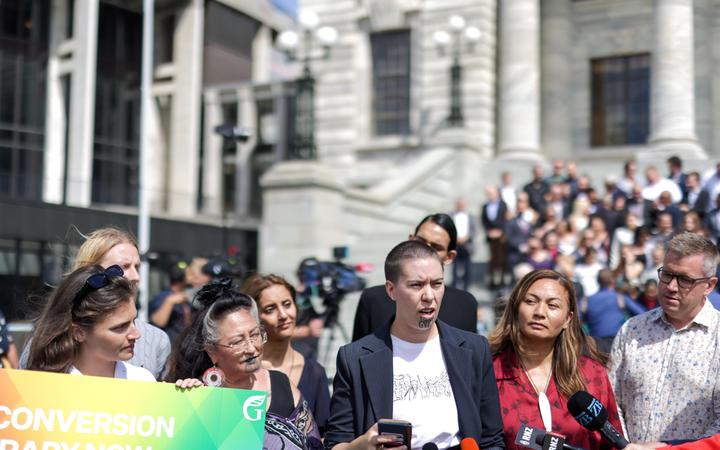 Yesterday, Justice Minister Kris Faafoi announced the government would introduce a law to ban the practice half way through this year, with the view to passing it before February next year.

Banning the practice was part of the Government's 2020 Manifesto, but Green Party spokersperson for Rainbow Communities, Dr Elizabeth Kerekere, said it wasn't happening soon enough, and started the petition to put the pressure on.

"We decided that for our people, the safety of our community and so that the healing and the recovery can better begin is that [the law] needed to come forward, so we launched this petition.

"In one week... the people of Aotearoa responded - I can confirm that people wrote to me to say 'I do not support the Green Party but I have signed your petition', and so we know that people see this not a partisan issue, this is not a political issue, except for the people who are having to endure this treatment." 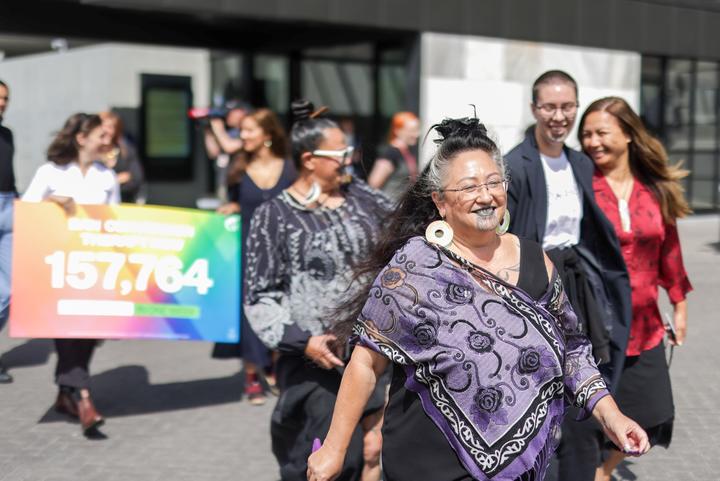 Co-founder of @endconversiontherapynz Shaneel Lal said that two years after they first stood on parliament steps calling for them to make it illegal, it hadn't happened.

"It's 2021 and it's still legal to erase queer identities in the name of conversion therapy because our government has failed to act.

"It's a shame - and we shouldn't be proud that it's going to take another year to get rid of this practice."

Faafoi said there was still work to be done on the legislation, but condemned the practice. 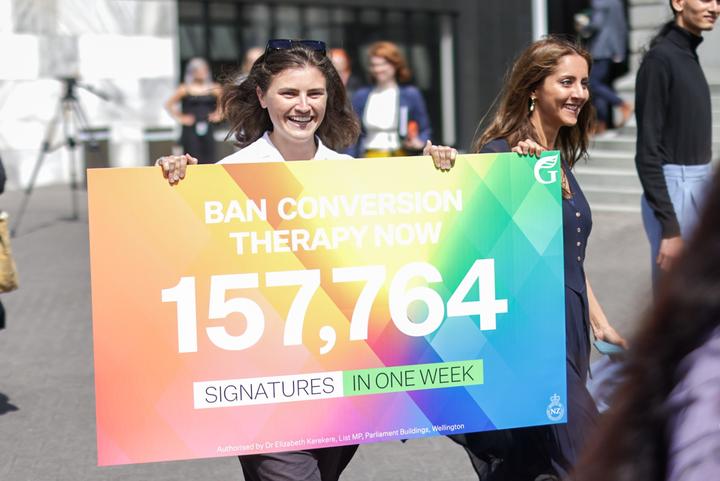 "There is no therapeutic purpose or medical basis for these conversion practices, which can cause real and lasting damage, particularly for vulnerable young people who are often the victims of these practices," he said.

He said the work was considering how to define 'conversion practices', how legal protections would work and who they would apply to and whether civil penalties would be more appropriate than criminal liability.