Bay of Plenty social support agencies are pointing to the cost of housing as a major driver of increasing social need in the community. 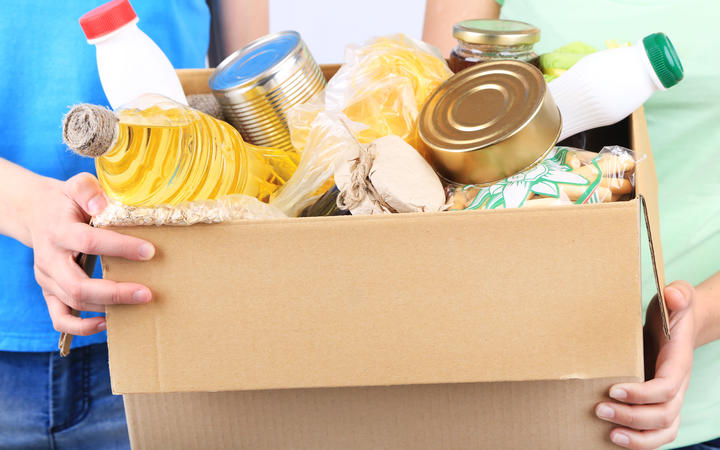 Demand at a local food bank has jumped by a third, while an organisation helping whānau into homes is working with double the number of families it was pre-Covid.

Tauranga Community Foodbank manager Nicki Goodwin said the foodbank had helped 17,249 people and issued 6247 food parcels in the past year, reflecting a 33 percent increase in demand during the last 24 months.

"The main reason we're seeing increases is the cost of housing," she said. "We see seasonal blips during the year, such as the costs involved in returning to school, [during] school holidays when there's no lunch or food in schools programmes, power bill time - things like that."

Goodwin said there had been a massive increase in solo people reaching out for help, including older people living on superannuation.

This included someone who lived alone trying to get by on a benefit, but also wage earners, she said.

"We've seen a 40 percent increase in single people without children needing our help."

She did not expect the demand on the foodbank's services to soften in the near future, even with the increase in the minimum wage and living wage.

"That's great, but I'm also seeing the cost of things go up, because that costs, of course costs, businesses more money. It's a bit of a catch-22."

She said housing was the main factor in living costs affecting people across the board, from beneficiaries to wage earners.

Before Covid, the social support organisation assisted between 75 and 100 families at any one time. This number had now soared to about 210.

Aside from the pandemic, he said Tauranga's growth also played into the issue.

"[About] 2300 families have moved to Tauranga since Covid and the schools are enrolling close to 2000 new students," he said.

"Those new arrivals take up pretty much whatever available housing is left, which then forces the people we deal with down the ladder and then they end up at our front door."

Last year, the Ministry of Housing and Urban Development identified nearby Rotorua as one of the country's homeless hotspots.

The city's mayor, Steve Chadwick, said Covid-19 made the squeeze on Rotorua's housing supply even tighter.

She believed increasing supply is key to addressing homelessness in the city.

"This time last year, we knew we had a housing shortage," she said.

"It has been exacerbated and exaggerated after Covid. The average cost of renting in Rotorua has gone up, [and] the housing stock for sale is limping along really. We just need to build more houses."

She welcomed the government's recent Public Housing plan which flags Bay of Plenty as a priority area for increasing public and transitional housing, but Chadwick said more urgent action was needed to address the region's housing issues.