Where cows were grazing last week, scientists are now poring over two trenches dug on farmland at Tatuanui near Morrinsville in the Waikato. 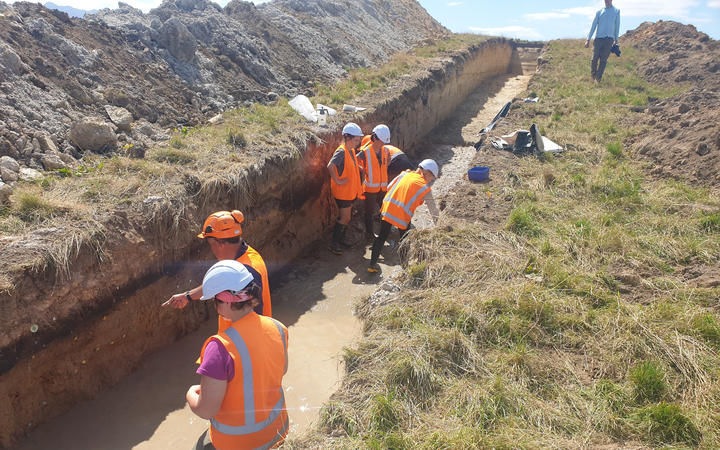 At the excavation site at Tatuanui near Morrinsville. Photo: RNZ / Andrew McRae

They are investigating the recently discovered Te Puninga earthquake fault line which is 25 kilometres long.

It was found using the latest aerial mapping technology.

The discovery of the fault line does not increase the risk of a quake but it does give scientists valuable information.

Scientists from GNS and some students are working the trenches examining the various layers on the side looking for signs of earthquakes over the past 20,000 years.

There are two trenches on this farm: the large one is 25 metres long, 4.5m wide at a depth of 3m; and there is a smaller one too. Both have been dug by an excavator. 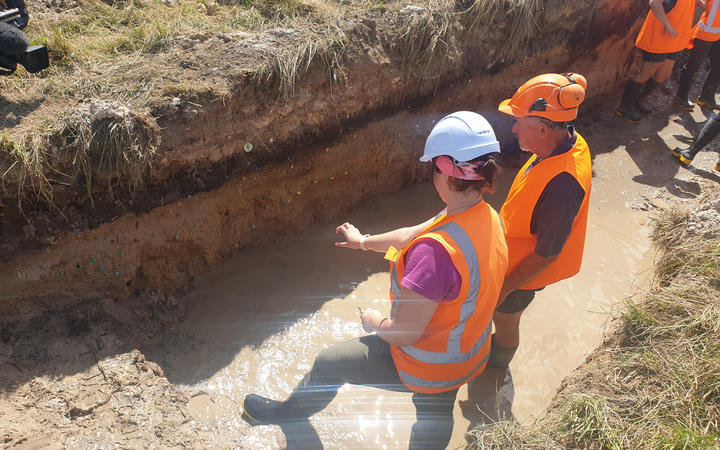 Lead earthquake geologist Dr Pilar Villamor said it was the walls of the trenches that told the real story.

"We see some faults so we have proven that this is a fault line.

"It is displacing sediments that are at least 23,000 years old for sure and younger than that and we also see some liquefaction features associated with the faulting which is very common to see them next to the fault."

She said there was no official record of the fault ever rupturing and all signs of activity found were prehistoric. 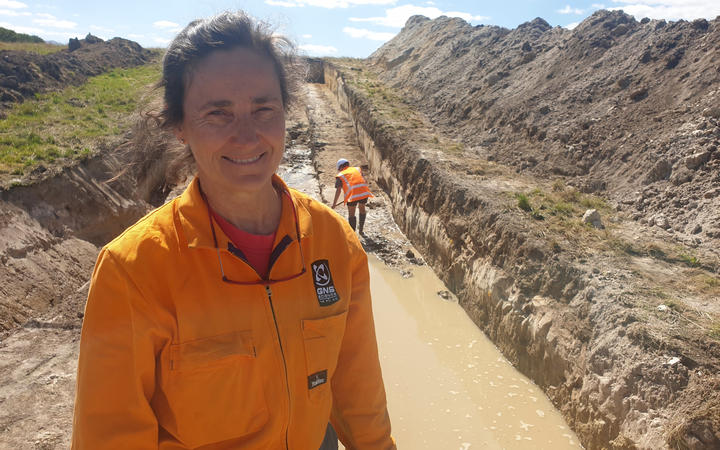 However, there is no reason to worry.

"I think we should just be aware that the fault is here and we just need to prepare like everywhere in New Zealand.

"It might not happen in our lifetimes but it is good [information] to pass on to new generations that the fault line is here and that it could happen."

Fellow earthquake geologist Dr Kate Clark said they cut into a fault scar and cleaned it down which revealed the various layers of sediment.

"In an area like this which is generally flat-lined, all the layers should be flat but they are all deformed, some of them are cut really suddenly and that is where a fault line is. Sometimes things get all completely mixed up which is probably where liquefaction has occurred." 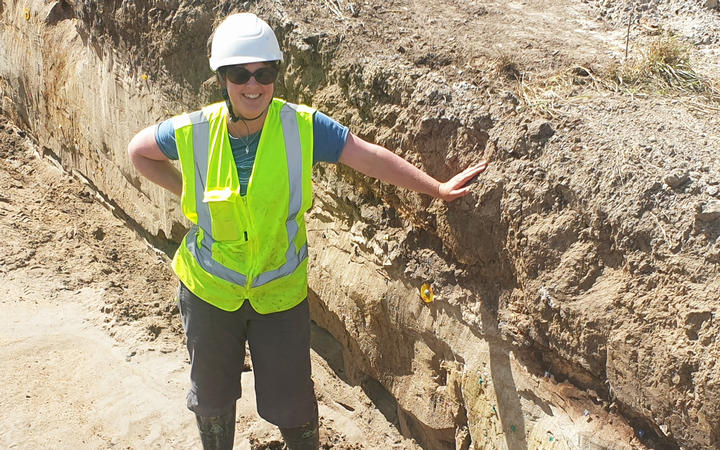 She also said the likelihood of the Te Puninga fault rupturing anytime soon was low.

"Our feeling is that it has got a really long recurrence interval so many thousands of years. We are trying to work out when the last earthquake was.

"In terms of overall how worried you should be about earthquakes in New Zealand this is a really low seismic area but because its a newly discovered fault line we are here to find out more about it and better understand the hazard it poses."

The work examining the fault line is being funded by EQC. 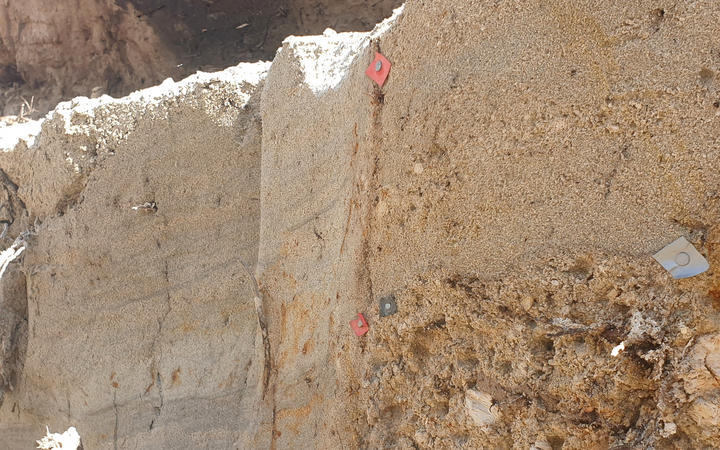 EQC chief resilience and research officer Jo Horrocks said while the level of risk in the area of the fault line had not changed in any way, it just helped knowing more about it.

"Though that might be concerning to people it is important that we do know these things so that we are planning for it in the way that we need to.

"That we make sure our buildings are being built to the right standard, that we are promoting the right messaging so I always think that more knowledge is a good thing and we shouldn't be scared of that." 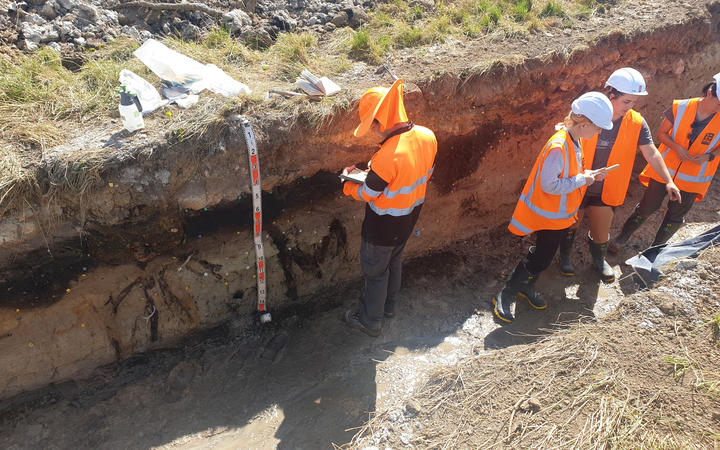 Horrocks said EQC funded a range of research and data, spending about $17 million each year of it.

"We are always interested in what we can understand about the landscape around us and the sort of risk it will pose to people and property."

Once the excavation work is finished in the next week or so, the trenches will be filled in and it will be returned to farmland.

Then an analysis of the data gathered begins and it will take about two years to complete.