The first report from the country's new Cancer Control Agency, Te Aho o Te Kahu, highlights Māori are still twice as likely as non-Māori to die from the disease. 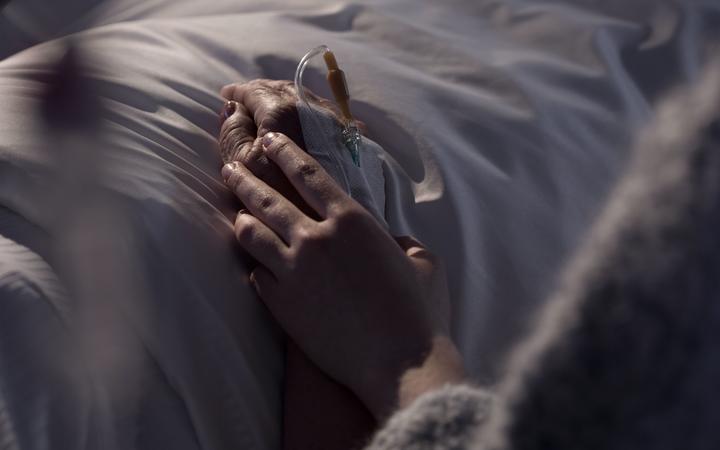 Māori are 20 percent more likely to develop cancer, and twice as likely as non-Māori to die from it (file image). Photo: Katarzyna Bialasiewicz photographee.eu / 123RF

The agency, set up in 2019, has found cancer survival rates for all ethnicities have improved over the last 20 years but not as quickly as in other high-income countries. Around 25,000 people are diagnosed with cancer each year in New Zealand, of whom nearly 3000 are Māori.

Māori are 20 percent more likely to develop cancer, and twice as likely as non-Māori to die from it.

"So the work that we need to do is looking at how we can better deliver cancer services to meet the needs of Māori."

She told Morning Report the inequities in cancer for Māori are "completely unacceptable" and are front and center for the agency to fix.

"There are two broad sets of factors going on there: the first relates to who gets cancer in the first place and in fact that's where the biggest drivers of inequities are, so Māori have particularly high rates of particular cancers like lung cancer, stomach cancer and liver cancer, all of which are highly preventable and all of which have very poor prognosis once someone is diagnosed, so we really need to get on top of that.

"The second thing is once a person is diagnosed with cancer, Māori tend to have worse survival regardless of the cancer diagnosed, so we've got to look at how the cancer services are addressing the needs of Māori and we need to do better."

Dr Sarfati said the 'European world view' that New Zealand's health system has adopted has not recognised the needs of Māori.

She said that has lead to a level of mistrust from Māori in the health system because of years of poor service.

"That sense that they won't get the care that they need, their needs will not be met or that they experience racism is very real, so that does mean it is more difficult for Māori to get into the health system and to traverse through it."

Low levels of screening for cancer is also resulting in high cancer rates among Asian, Pacific, LGBTQI and disabled communities, as well as people with mental health and addiction issues.

Sarfati said diversifying the cancer workforce, where Māori made up between 1 and 4 percent of specialists, could be one solution.

"We've been down the one-size-fits-all track for a long time and we can't keep doing that," she said, adding that cervical cancer rates could be dramatically reduced by introducing HPV self-tests, instead of smear tests.

Māori researchers have had the solutions for years but there had been no government support, Scott said.

A kaumātua tasked with finding inequities in Auckland Hospital's Cancer and Blood Service, Thomas Hauraki, said he was also disheartened at the slow pace of change.

There was too much focus on getting more Māori in for treatment rather than improving support for them, Hauraki said.

The typical Māori family would struggle to juggle seeking cancer treatment and managing a busy household, a challenge not often not faced by people from higher-income families, he said.

In some cases, he added, missed appointments would be reallocated to wealthier people because they were more flexible.

"Over the course of the last year of course everyone has been very rightly focussed on Covid and there was very much a freeze on investments but with the government financials looking more favourable, we would very much like to see government commitment to funding these initiatives."

Jackson said without new government funding, New Zealand will continue to slip further behind the rest of the developed world when it comes to the prevention and treatment of cancer.

The Cancer Control Agency will hold several hui later this month to address specific needs for Māori in the health system.