Two of the closest contacts of a woman who tested positive for Covid-19 in Northland after leaving managed isolation have tested negative. 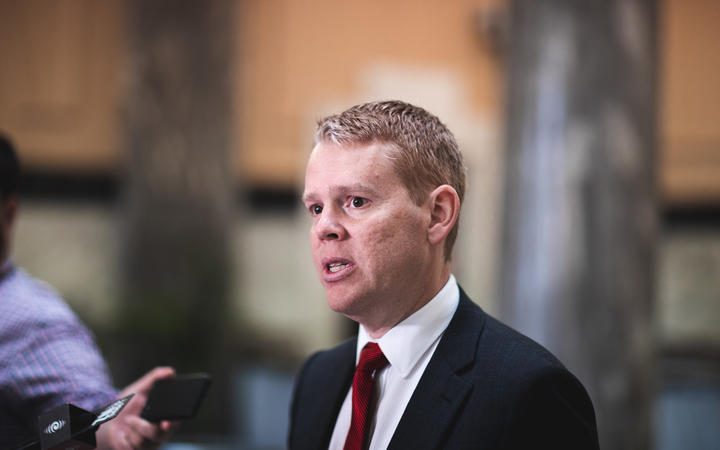 Chris Hipkins: "We're not seeing a big surge in the number of cases coming through." Photo: RNZ / Samuel Rillstone

The 56-year-old woman travelled around parts of Northland and visited 30 businesses over nine days while unknowingly having coronavirus.

Covid-19 Response Minister Chris Hipkins told Morning Report that the results for the woman's husband and hairdresser have since come back negative.

"So that's some good news to start the day.

"Her husband would without doubt be her closest contact - that coming back negative is a good sign and so we'll know more as the day unfolds as to what the overall risk of this case is."

He said the woman had six close contacts in total so they are all isolating while test results come through and other casual contacts who have been in the same place at the same time are regarded as "casual plus" contacts, who are being asked to isolate after taking tests.

Hipkins said it could be up to 48 hours before there's enough information to make any calls on changing alert levels.

He is hopeful genome sequencing will be completed today to determine the source of the case.

He praised the woman for using the Covid Tracer app and restricting her movements and close contacts since leaving managed isolation.

He defended the time it took to release the names of all the businesses involved. It was published at 7.30pm yesterday after the ministry contacted them all. In the past it had caused alarm when the media had contacted some businesses before they knew they had been visited by a Covid case, Hipkins said.

He said before Christmas the government looked at whether longer quarantine periods and self-quarantine at home might be justified.

"The advice at that time was that wouldn't be justified - now obviously we keep that under review."

If the source of the virus showed it had a long incubation period, if it had been brought back from abroad, they might need to have another look at changes to MIQ.

If it was a result of cross-contamination within the isolation facility, authorities would look at fixing this.

More than 100,000 people had gone through the system so far, Hipkins said.

"Not one of them has subsequently taken Covid-19 out into the community with them."

He said a longer quarantine period would be an option only if the source of the case proved to be from abroad.

"There hasn't been a notable increase ... we're not seeing a big surge in the number of cases coming through."

There was a legal obligation on the government to allow New Zealanders to return home.

The policy was to try and keep planeloads of people together in managed isolation because transmission within planes has been a problem.

"If you were isolating out the people who came from the US, the UK or South Africa and then separated them out from others you might potentially increase the risk.

"The safest thing to do is to keep each planeload together because we know that is one of sources of infection is the plane journey itself."

The College of General Practitioners has sent a message to its 5500 members this morning telling them to ramp up Covid-19 testing, in response to the new case of community spread.

The college said GPs were crucial to helping keep the disease from taking hold in New Zealand.