The Department of Corrections remains tight-lipped on the conditions the mosque gunman will spend the rest of his life under, but new documents reveal it consulted with international experts before the sentencing, to prepare for the man's incarceration. 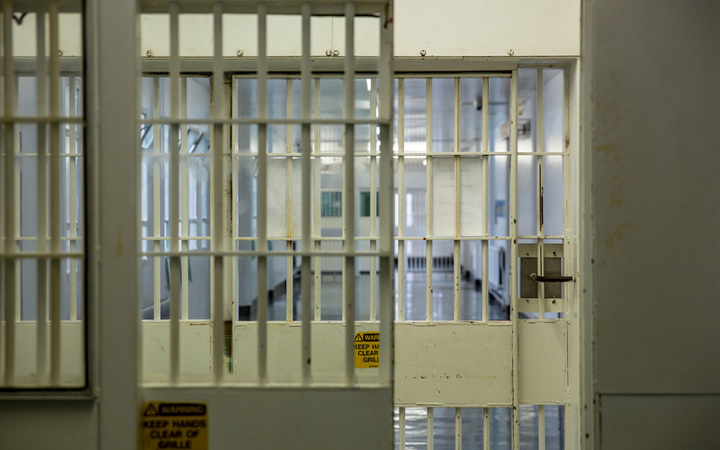 Brenton Tarrant, the man who carried out the mosque attacks in Christchurch on 15 March 2019, was sentenced to life in prison without the possibility of parole, in August last year.

51 people were killed and dozens injured in the attacks.

His sentencing was the first time a convicted person has been imprisoned with no possibility of parole.

This is the harshest sentence a court can impose, and with that comes logistical challenges for the Department of Corrections on how it manages him for the rest of his life behind bars.

The government had already hosted officials who manage Norwegian terrorist Anders Breivik, to share advise about how to best manage Tarrant.

New information released under the Official Information Act shows they were not the only advisors Corrections sought guidance from.

The documents show that in October 2019, Corrections contracted two leading academics to provide specialist advice and support on the management of individuals under the Prisoners of Extreme Risk Directorate.

Some staff at Corrections were also given training around violent extremism, based on information from international sources.

Corrections has refused to disclose details of how the gunman will be managed during his time in custody and the conditions he will be held in.

It has been reported he will be allowed to watch two hours of television a day, and will have at least one hour of recreation time each day for exercise.

National Commissioner Rachel Leota said he must be managed in accordance with the minimum entitlements set out in section 69 of the Corrections Act 2004, but she wouldn't say what programmes and rehabilitation options would be available to him during his sentence.

Immediately after the attack, the terrorist was held at a specialist facility on his own, where he was watched around the clock.

In a statement, Corrections said it was its role to follow the directive of the court and manage the prisoner's sentence in line with provisions in the Corrections Act 2004, as well as its international obligations for the treatment of prisoners.

"The safety of the public, our staff and the prisoners we manage is our overriding priority, and we are committed to ensuring that the prisoner has no opportunity to cause harm or distress, either directly or indirectly, to anyone," the statement said.

"During the prisoner's time in custody he is safely and securely managed by highly professional staff, with full regard to the need to uphold the law and manage the unprecedented risk he presents.

"He will continue to be managed under the most stringent custodial regime we have ever developed. "

The documents reveal Corrections held a proactive meeting in October 2019 with the Ombudsman about his management.

"The Ombudsman is designated as one of New Zealand's National Preventative Mechanisms for Torture."

Prolonged solitary confinement, or 'segregation' can be considered a form of torture under the Nelson Mandela rules and the International Covenant on Civil and Political Rights.

The Department of Corrections said solitary confinement is not used in New Zealand.

"However, prisoners may at times be lawfully denied association with other prisoners or groups of prisoners; this is known as segregation."

"At all times segregated prisoners continue to be provided opportunities for exercise, access to visitors, mail, telephone calls and other minimum entitlements set out in the Corrections Act.

"They also have regular and ongoing contact with Corrections staff, including health services."

In 2016 Norwegian terrorist Anders Breivik sued the government over his solitary confinement, which saw him kept alone in his cell for 22 to 23 hours a day, denied contact with other inmates and only communicating with prison staff through a thick glass barrier.

He was imprisoned for killing 77 people and injuring hundreds more in Norway in 2011.

Breivik won part of the human rights case where the court upheld his claim that some of his treatment amounted to "inhuman or degrading treatment or punishment".

After the judgement, Breivik's lawyer Oystein Storrvik called for his solitary confinement to be repealed.