Carterton locals are encouraged to contribute to two "significant" consultations for the future of the district, Mayor Greg Lang says. 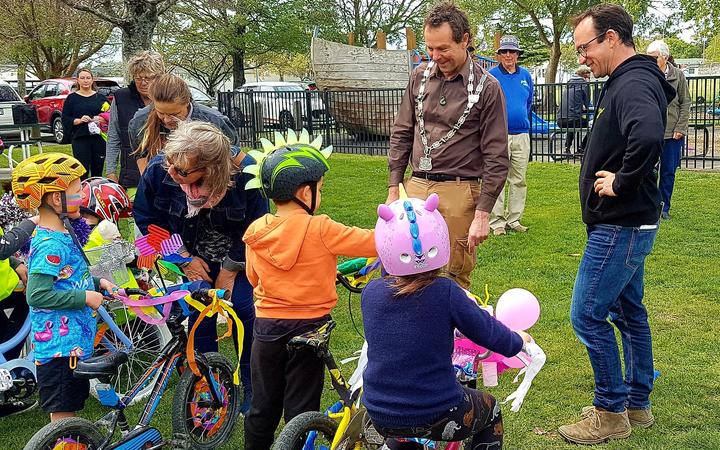 Ideas have been sought on a growth management document for the town's east, and a call to residents to contribute to the district's reserves plan opened this week.

In November, Carterton District Council (CDC) launched a public consultation on a document which provides "a vision for future development" of rural land east of the town's urban centre.

The district population of 9100 is anticipated to grow by about 40 percent over the next 20 years.

In October, councillors discussed a Wellington Regional Growth Framework project estimates the region's headcount would rise by 200,000 by the middle of the century.

Reaction has been slower for the growth plan, but Lang sees it as an essential part of the town's future planning.

"It's significant for Carterton. I don't think at any stage in the past we have planned for the future as we are now.

"The growth plan is a huge part of the future of Carterton township."

"What we've done in upgrading our infrastructure is all preliminary for this, an enabler to make this happen."

The reserves plan seeks to protect the wide range of parks, sports grounds, and other recreation facilities in the district.

It takes in land as diverse as coastal areas, rural halls, and the surrounds of the town's iconic clock tower.

"I'm sure many people don't realise the magnificent sights we have in the district," said Lang.

"What's happening with the parks and the town centre ties in really well, especially with the popularity of Wairarapa at the moment."

The deadline for comment on the eastern growth plan is 30 January.

Consultation on the reserve management plan opened on Wednesday 13 January and continues to 30 March.

More information on both plans and submission processes is available at CDC's website.

Hearings may be scheduled for the reserves plan later this year.